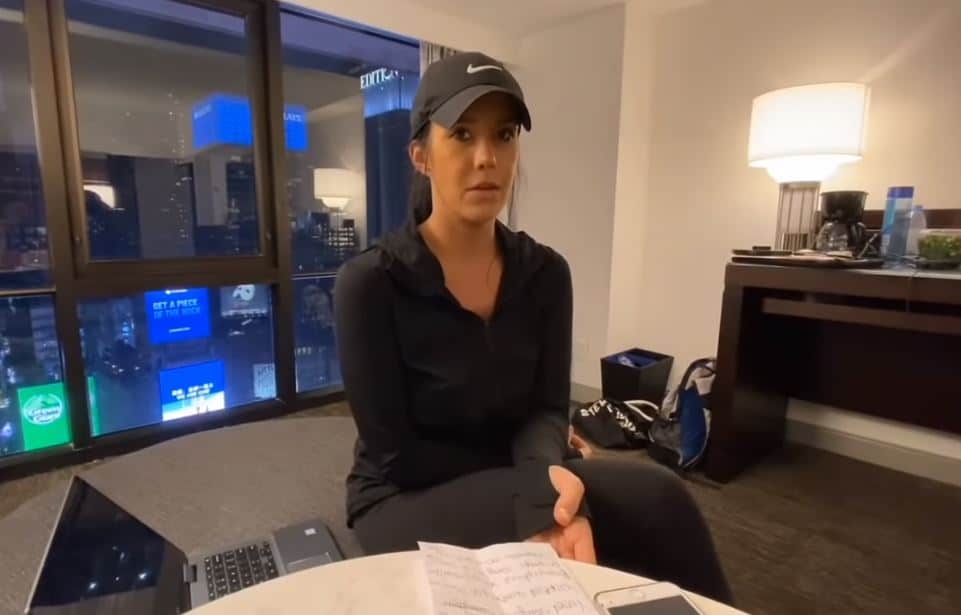 It just keeps getting worse. Remember the NY nurse who put out a video last month where she tearfully reported an unimaginable scenario (murder) happening at the hospital she worked at? Well, there’s another one. Here’s the video and Jon Rappaport’s response below.

Her name is Erin Marie Olszewski.  She’s a military nurse.  She worked at the hospital that’s touted as being at the very center of the global pandemic, in terms of numbers of cases and deaths.

Her video is out there.  Infowars has it among their banned videos.  David Icke has it.  Solari[dot]com has it.  The Brighteon platform has it.  Others have it.  It’s devastating testimony, first-hand, from Erin’s undercover investigation inside the Elmhust Hospital in Queens, New York, “the epicenter of the COVID epicenter.”

But this isn’t about the virus.  It’s about murder at the hospital.  That’s Erin’s assessment and conclusion, after working at Elmhurst.

I’ll boil down essentials of her findings:

At the hospital, poverty-stricken patients, mostly black and Latino, come in and are tested for COVID-19.  When the conventional tests read negative—meaning no COVID—some of these people are nevertheless marked down as COVID-19 cases.

That puts them on a train to death.

For no good reason, they’re placed on breathing ventilators.  They’re sedated, to keep them from moving around and feeling the discomfort and pain of the invasive intubation.

But these patients are HEAVILY sedated for long periods.  As much as a MONTH.

Completely cut off from the outside world, they never wake up.

This is no mystery.  Any medical professional, doctor or nurse, WOULD KNOW DEATH IS THE INEVITABLE OUTCOME.  It’s a protocol for killing.

And of course, the patients’ deaths are marked down as “caused by the virus.”

I can think of at least 20 New York and federal agencies who should be swarming all over the Elmhurst Hospital.  But there is no action of any kind from them.

Where is the famous Congresswoman from the 14th Congressional District, which includes the Elmhurst Hospital?  I’m talking about Alexandria Ocasio-Cortez, the Democratic Socialist who wants a single payer health system for all Americans.  Is THIS the kind of healthcare she’s talking about?  Why isn’t she storming the hospital with reporters and cameras, demanding answers, brushing past guards, blasting into the office of hospital CEO Israel Rocha and demanding to know why patients are dying on ventilators?

Where are New York reporters?  Why aren’t they camped out at the Elmhurst Hospital demanding answers and exposing capital crimes?

Where are public protests at the hospital?  Inside those doors, many people CAN’T BREATHE anymore.  But in this case, it has nothing to do with a cop who has his knee on the neck of a black man.  It has to do with a standard of medical care that is pushing patients on the train to death.  If local reporters and Congresswoman Ocasio-Cortez were doing their jobs, you would definitely see those protests, and the whole foul truth would come tumbling out for the world to know.

What about the doctors and nurses inside the Elmhurst Hospital?  What do they have to say?  Who set up the protocol of death?  Why are these health professionals “just following orders?”  Who is giving the orders?  Labeling patients “COVID-19” brings more insurance money to the hospital.  That’s obvious.  But what about INDUCED DEATH?  Is it just the result of cold indifference?  At one point in the video, Erin says that, although she works with some good people, there are others, and apparently for them, patients are “disposable” human beings.

Surely, these Elmhurst doctors and nurses know about Erin’s video by now.  Don’t they have anything to say?  Wouldn’t you assume they’d be defending themselves?  So far, I see and hear nothing from them.  Are they under strict orders to keep their mouths shut?  If so, why?  If they aren’t committing horrendous crimes, why should they stay silent?

And don’t assume Elmhurst is the only hospital where death by medical murder is occurring.  Don’t assume New York is the only city where it’s happening.

In a mainstream review I’ve often cited, annual deaths in the US caused by medical mistreatment and errors, in hospitals, is 119,000.  And that doesn’t include deaths caused by the administration of FDA approved drugs.  THAT number would be 106,000 per year.  (Journal of the American Medical Association, July 26, 2000, Dr. Barbara Starfield, Johns Hopkins School of Public Health, “Is US Health Really the Best in the World?”)

It’s time the American people started paying attention to the third (maybe the first) leading cause of death in their country: medical care.

Elmhurst Hospital in Queens New York is the epicenter of something.  But it isn’t a virus.

Brushing medical hocus-pocus aside—let’s get down to the core of the death protocol.  Who ordered it?  Who started it?  Who is enforcing it?

Here’s the video from last month.