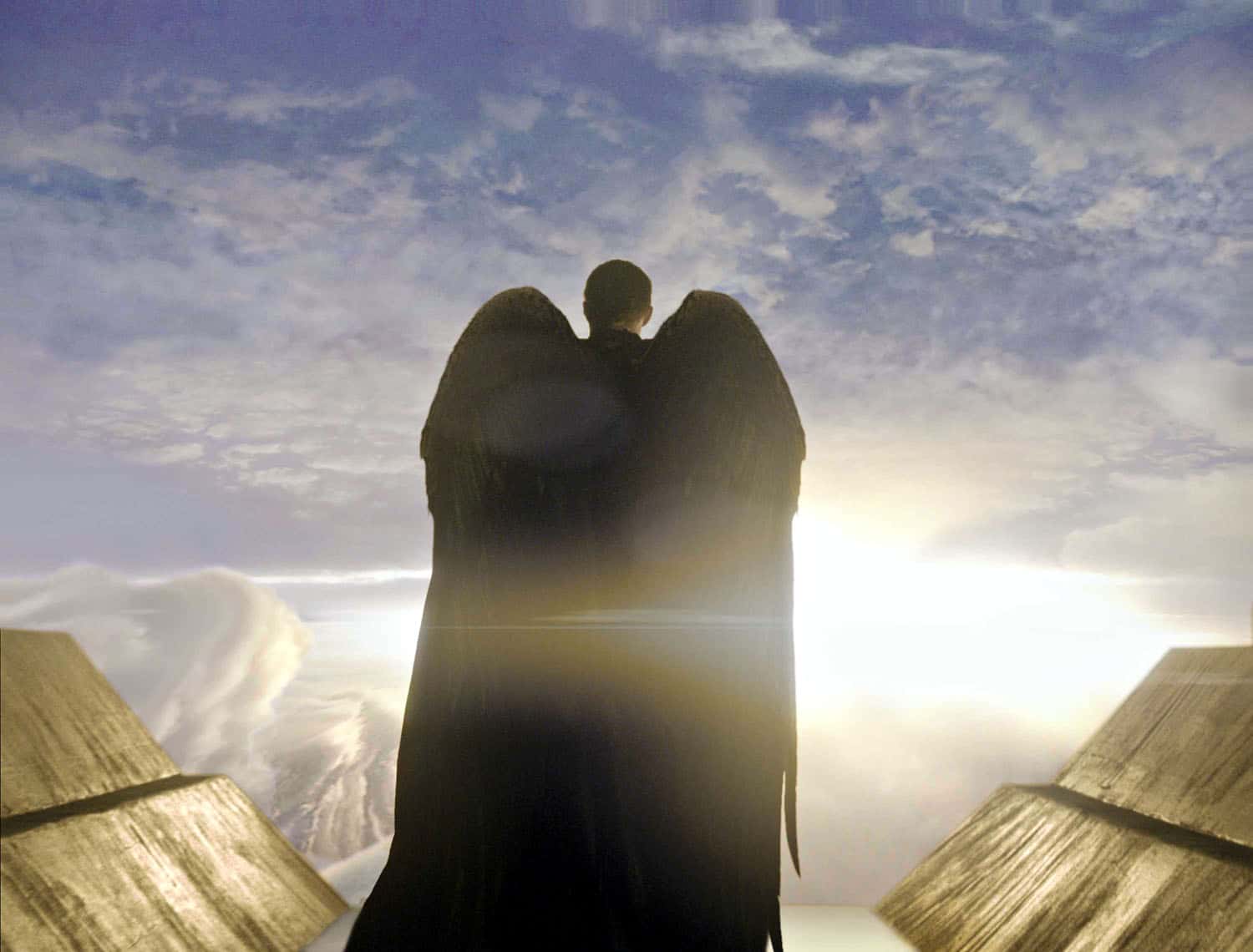 Reading the  passage and commentary below brought to my realization that it was written about a time which is now gone.  A time before  Lucifer took control of the sky with his evil technologies.

The mighty cherub who dwelt on the holy mountain with God was once a ‘covering’ angel for man. But when the creator granted man dominion over the earth the cherub was wildly jealous. Clearly he never understood that to properly lead requires becoming a servant, as he fooled man into serving him rather than the creator, thus corrupting man and the entire creation. Desperately desiring to be like the most high, the cherub and fallen ones set themselves up to be served as gods from the dawn of man.

So great was this corruption, spiritually and physically, that God intervened with a great deluge to wipe it from the earth…

Today, as that which has been restraining is releasing its’ hold, Lucifer reemerges into the material elements, working through evil men with deceptions and his imitations of the true creator’s power. As the great pyramids were an imitation of the holy mount Zion, so the freakish storms, thunder, lightning, toxic rain and artificial snow are a sorry imitation of the God of love’s divinely orchestrated weather patterns. Gone is the fresh smell after the rain. Gone is beauty, rhythm and peace in the sky. Instead, the heavens are a bizarre, putrid chaos of irreverent technology, wantonly devastating and murdering at will.

But it will not always be this way.

The Lord will return! God will avenge, and all things will be made new, more beautifully than we are able to know or imagine! It will be as it was before the terrible first deception and  fall. The creation will no longer groan, for God’s children will be restored and revealed at last! And as man is again the beautiful creature that he once was, the entire creation will be filled once more with light and life, never again to be subject to corruption or death.

Even so; Come Soon Lord Jesus!

From The Voice (VOICE)

“…When they look at the weather, they see God’s power. As God will expound upon Himself shortly, the One who controls the weather is the One who created it. He put order in the cosmos, although humans may not always understand its order, just as He organized everything else. God, who has perfect understanding and unimaginable power, cannot be comprehended with the human mind and should not be questioned by the likes of Job.”

37 Elihu: At this, my heart quivers,
and it nearly leaps out of my chest.
2     Listen! Listen to the raging anger in His voice,
the rumbling that’s coming from His mouth!
3     He sets the roar loose across the whole length of the sky,
and His lightning flashes to the ends of the earth.
4     After the flash comes the deafening roar of His voice,
the voice that thunders His majesty—
The voice that resounds with no evidence of restraint,
5         the voice of God that is thundering wondrously.
He does magnificent things, beyond our comprehension.
6         To the snow, He issues the order: “Go! Fall on the earth!”
And to the rain shower, He says, “Show your power; beat down heavy on the earth!”
7         Then, as the weather drives laborers indoors,
He closes in around every human hand,
sealing them off from their labors,
and in forced rest, all are drawn to see the ongoing work of God.
8     The beast of the field scampers for cover,
hiding in its cave for the duration.
9     Meanwhile, the whirlwind comes forth from its southern chamber,
and the arctic winds bring the cold.
10     From the breath of God ice forms,
and the wide waters of the rivers and seas expand in the freeze.
11     He weighs down the thick clouds with moisture,
and they scatter His clusters of light.
12     The storm changes course under His guidance;
it moves as He directs over the contours of the entire earth.
13     And what is His aim? Whether for the discipline of His people
or for the sake of the earth itself,
Or as an expression of His deep, loyal love,
He causes all of this to happen.

14     Hear this, Job.
Pause where you are, and ponder the wonders of God.
15     Do you know how God orchestrates these marvels?
How He makes the clouds flash with lightning?
16     Do you know how those same clouds are hung up in the sky or how they move?
Do you know the wonders of God, who is perfect in His knowledge of such things?
17     You, who feel the wind of His voice even now,
are the same one whose clothes are hot to the touch
when God makes the land go still beneath the south wind.
18     Can you assist God in hammering out the silver sky
until it appears as hard as cast metal mirror?[a]
19     Job, tell us what to say to Him.
We cannot draw up our argument before such impenetrable darkness.
20     Shall He be told that I wish to speak to Him directly?
Will it help if I admit I would be consumed if I did?

21     But now no one can see the brightness of the light through the thick clouds;
as the wind changes and blows through the sky, it clears the air.
22     From the north, the weather changes;
golden skies encircle God, now clothed in awesome majesty.
23     We cannot find the Highest One:[b]
He is exalted in power,
Great in righteousness,
and does not depreciate humanity.
24     This is why mortals fear Him;
He doesn’t see the wise of heart.[c]

12 How art thou fallen from heaven, O Lucifer, son of the morning! how art thou cut down to the ground, which didst weaken the nations!

14 I will ascend above the heights of the clouds; I will be like the most High.