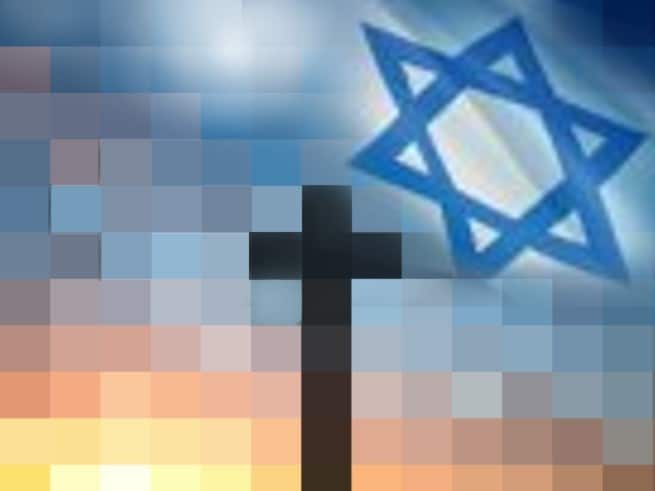 12-23-2016 – *Originally posted in September 2015, this excellent and important article continues to receive a lot of traffic, so I’m reposting it.

The followers of Christ have been fooled into believing the Bible teaches something it does not teach: Christian support of Israel.

Israel is, in fact: antichrist, because Israel denies both the Father and the Son.

“Who is the liar? It is the man who denies that Jesus is the Christ. Such a man is the antichrist–he denies the Father and the Son.”

Walk into any Christian bookstore in America and you will see how virtually everyone who calls themselves a follower of Jesus Christ in this nation has been tricked into believing a false theology, which leads them to believe, erroneously, that the Bible commands them to support the Jewish nation of Israel.

The driving force behind this error was the 1909 Scofield Reference Bible, which was the first Bible printed by Oxford University Press that included theological reference notes that guide the reader as to how to “properly” understand, or interpret, the biblical text. 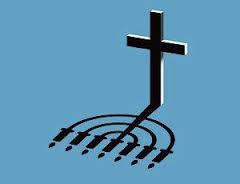 It’s no coincidence that the rise of Zionism, that is: the impulse of the Jews to seek a homeland for themselves, began not long before the Scofield Reference Bible was published. In the late 1800’s, England is where Zionism first found political support. England was already awash with the erroneous “Christian” doctrine of British-Israelism, wherein the British Christians were taught that they were one of the lost tribes of Israel; therefore they should support the Zionist Jews venture to create a Jewish state: Israel.

With the advent of World War I, England began the push to create a Zionist homeland for the Jews in Palestine. This served two functions: it would ensure safe passage through the Suez Canal and trade with India; and it would placate the Zionist Jews and the British Christians who, due to British-Israelism, had been fooled into thinking they should support Zionist Jews in obedience to God and the Bible.

Fast forward 100 years and we find that American Evangelical Christians have, long ago, been fooled into believing they should support Jewish Zionism, because they mistakenly believe the Bible teaches this, and that God will curse them and America if they/we don’t. Thus we have never-ending support from the American Evangelical Christian Right for endless wars on behalf of Israel. 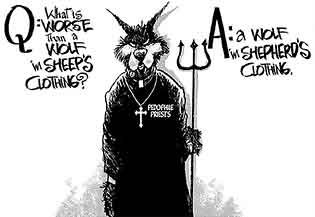 This erroneous doctrine, Dispensationalism, has resulted in the Judaizing of American Evangelical Christianity and has been successful in converting Evangelical Christian Americans into Christian Zionists, who are not following the teachings of Jesus Christ, the New Testament, or traditional orthodox Christianity at all. In fact, these millions of well-meaning people have adopted a false theology, based upon a twisting of and a re-interpretation of the Scriptures and have become a part of America’s largest and most influential non-Christian, even anti-Christian, cult: Judeo-Christianity.

“Judeo-Christianity is less than 200 years old. The Jewish Zionism movement has played the key part in assuring its growth.  We see the result in the creation of a new “Christianity” which in its extreme form is known as Christian Zionism. It was first fed by Oxford University Press’s Scofield Reference Bible published in New York in 1908, and updated several times. Bible editors, including Oxford, have failed to correct obvious changes in common usage of words, such as “Jew” and “Israel” that provide misleading, Zionist friendly inferences.”

“Oxford sold a new 20th Century theology to evangelical seminaries.  The Scofield usage has become a standard in most study or reference Bibles used by a wide range of evangelicals, and even penetrating into mainline church bible studies and broadcast media.  These books are the subject of many articles by this author and others.” (See: http://www.whtt.org/show/) Source: http://whtt.org/newwhtt/main.php?nid=3132

It should not come as a surprise to any Bible-believing Christian that false teachings and false teachers will use the Bible to convince well-meaning believers to believe a lie rather than the truth, because the Bible itself, through St. Paul, warns us of this danger:

“For such men are false apostles, deceitful workmen, masquerading as apostles of Christ. And no wonder, for Satan himself masquerades as an angel of light. It is not surprising, then, if his servants masquerade as servants of righteousness. Their end will be what their actions deserve.” (2nd Corinthians 11). 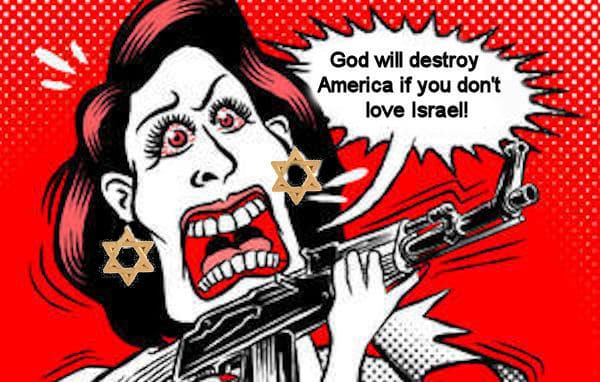 Whereas Jesus himself cursed Israel and proclaimed its soon abandonment by God, in Matthew 23, especially verse 38, as well as its destruction at the hands of the Roman armies (see Luke 21:20) within the lifetimes of those who heard his words (see Matt. 24:34), Judaized Christians, or Christian Zionists will appeal to the teachings of the Old Testament, especially Genesis 12:3, in direct contradiction to the teachings of Jesus Christ found in the New Testament, and they will insist that all Christians must support and bless Israel in order to be faithful to God and the Bible. Yet nothing could be further from the truth.

This theological and hermeneutical error has led millions of so-called Christians to support war rather than peace, and the merciless killings of millions of people in Iraq, Afghanistan, and Palestine. Rather than being peacemakers, as Christ commanded his followers to be (see Matt. 5: 9) these  Christian Zionists have, instead, adopted the Old Testament principle of waging war upon the enemies of Israel, at America’s expense (e.g., lives, broken bodies, and tax monies).

Those who claim to be Christians but who do not follow Christ in love lie and do not have the truth: “We know that we have come to know him if we obey his commands. The man who says, “I know him,” but does not do what he commands is a liar, and the truth is not in him. But if anyone obeys his word, God’s love is truly made complete in him. This is how we know we are in him: Whoever claims to live in him must walk as Jesus did.” (1 John 2: 3-6).
——
Don writes: The Incredible Scofield and His Book by Joseph M. Canfield (1988) provides a thoroughly documented account of how Zionist banksters sponsored a wolf in shepherd’s clothing to deceive the evangelical church. Scofield’s distortions of scripture have been exposed and corrected by Robert Van Kampen, Marvin Rosenthal, H. L. Nigro, Joseph Lenard and Donald Zoller, and many others. But truth is suppressed when the big money, power and prestige goes to those who repeat lies.

It’s bad enough that many mainstream denominations have adopted Rockefeller-financed Modernism (rejecting the authority of their own Bible, rejecting the divinity & miracles of Jesus, going pro-gay/abortion, etc).  If one is fortunate enough to find a church that is still theologically conservative, even most of THESE have been duped into embracing the “Christian Zionism” which Mr. MacDonald so accurately describes.

I have found that a good many 9-11 Truthers reject Christianity. One reason is the Pavlovian flag-waving of Christian pastors who throw their support behind war after war that is slaughtering the people of the Middle East. These pastors have abandoned the love of Christ for a revived book of Joshua, believing it is their “Christian duty” to support the Zionists’ bloody conquest of Palestine. They IGNORE that Zionism was financed by the Rothschilds (who also financed Communism, which exterminated Christians by the million). They IGNORE that most calling themselves Jews today are descended from Khazaria, NOT Abraham, and have no conceivable “Biblical” claim to the land whatsoever.

Jesus Christ said he came to tell us TRUTH.  The church should therefore be in the forefront of the Truth Movement. Instead it has swallowed a cyanide pill of lies, committing suicide as it cuts off any hope of meaningful dialogue with both Truthers and Muslims worldwide.

Cyrus Scofield was a member of New York’s exclusive Lotos Club, where he met Samuel Untermeyer and other powerful Zionists. They financed his trips to England, where Oxford University Press agreed IN ADVANCE to publish his proposed Bible, which he spent months working on in Switzerland – an unlikely place to research a Bible commentary, but long the nerve center of Masonic, banking and revolutionary activity.  An excellent reference on Scofield is Joseph Canfield’s THE INCREDIBLE SCOFIELD AND HIS BOOK.