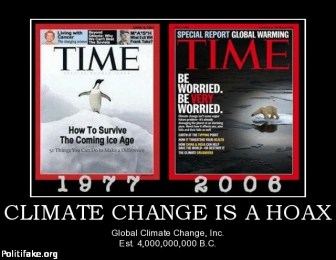 coming and goes on to become a powerful voice for the IPCC !!!

“In searching for a new enemy to unite us, we came up with the idea that … the threat of global warming… would fit the bill… the real enemy, then, is humanity itself…”  –  Club Of Rome

There are anthropogenic global warming deniers like Coleman, Ball and Monckton who vehemently deny the OBVIOUS fact that they are spraying the living daylights out of us…Then, conversely, we have AGW proponents like Guy McFEARson who advocates standing-down and spending our last days “ in a perpetual state of love “.   And leaders of our movement tell me that I should discount the fact that McFEARson denies geoengineering (because of lack of “peer-reviewed” data) but that I should trust him when he tells me that CO2 is the enemy and that we are heading for imminent extinction via a methane cataclysm.  Even if he is right concerning the methane issue, he has lost all credibility due to his denial of geoengineering and has succeeded in muddying the waters and creating even more confusion at a time when clarity is paramount….

It would appear that the globalist agenda has not changed measurably for decades… Confuse the SHEEPLE and cause them to bicker over an issue that has little consequence in comparison to the GLOBAL GENOCIDE that IS geoengineering/chemtrails… It is much too late in the game to lose our focus on the 90-million-ton WHITE ELEPHANT in the room that is SICKENING AND KILLING ALL OF US !  And get over the fact that I sometimes use ALL CAPS….I’M PISSED OFF !!!!!

We must not be content to simply “WATCH GEOENGINEERING” while spending our days on Facebook reading “credible data”.   We must all be heros and set the example for our fellow citizens.   WE MUST ACKNOWLEDGE AND UPLIFT OUR FELLOW ACTIVISTS WHO HAVE DONE SO MUCH TO FURTHER OUR CAUSE !

*** We need to be filing class-action lawsuits against the perpetrators.  We need to be attending climate meetings where these JACKLEGS are trying to LEGALIZE OUR GENOCIDE !  We need to be out in the streets at the global marches screaming at the TOP OF OUR LUNGS AND WAKING UP THE MASSES !  Military bases should be peacefully targeted so that we can reach these brain-washed pilots and the support personnel that make these programs possible. ***

Furthermore, we need to realize that if we allow ourselves to be easily sold on AGW then we are also signing up for Agenda 21 and all the associated draconian measures meant to redistribute wealth, enslave and depopulate.  The idea of obtaining accurate and consistent temperature readings when our climate is being geo-engineered and jet-streams are being manipulated is ABSOLUTELY LUDICROUS !  Those who are pushing the corporate/governmental (fascist) agendas are literally steering the movement into an area of impotence. AGW theory being pushed into our movement has proven to create division and thus should be viewed as a separate issue.  As a footnote, it is interesting that Obama’s regulatory czar Cass Sunstein advocates the banning of the belief that the theory of global warming is a deliberate fraud.   Interestingly enough, he also advocates infiltrating all conspiracy theorist groups  (http://www.wnd.com/2010/01/121884/).
Clearly, it would be naïve to think that our movement would not be guided and co-opted like many other movements throughout history (i.e. The Tea Party).   Certain leaders can become almost cult-like and have the potential to lead the unsuspecting astray.  We must use our power of discernment to examine both sides of every issue but if we disagree on climate change (which I have seen happen too many times), for God’s sake realize that this division is being created by design so that WE DO NOT COME TOGETHER TO GET THE SPRAYING STOPPED !

THERE IS MUCH AT STAKE AND BILLIONS ARE BEING SPENT TO KEEP US FIGHTING EACH OTHER across party lines, socio-economic lines, racial lines and any other line that they can concoct that will render us confused and thereby effectively neutralized.  We all must realize that we will all be suffering very soon if we do not take CONSTRUCTIVE ACTION IMMEDIATELY !  PLEASE watch the following documentary that illustrates the deception and fear-mongering that has kept us from forming a UNIFIED FRONT WITH THE SOLE PURPOSE OF STOPPING THE SPRAYING !!!!!

“To achieve world government, it is necessary to remove from the minds of men their individualism, loyalty to family traditions, national patriotism, and religious dogmas.”

“ The present vast overpopulation, now far beyond the world carrying capacity, cannot be answered by future reductions in the birth rate due to contraception, sterilization and abortion, but must be met in the present by the reduction of numbers presently existing. This must be done by whatever means necessary.”
Initiative for the United Nations ECO-92 EARTH CHARTER