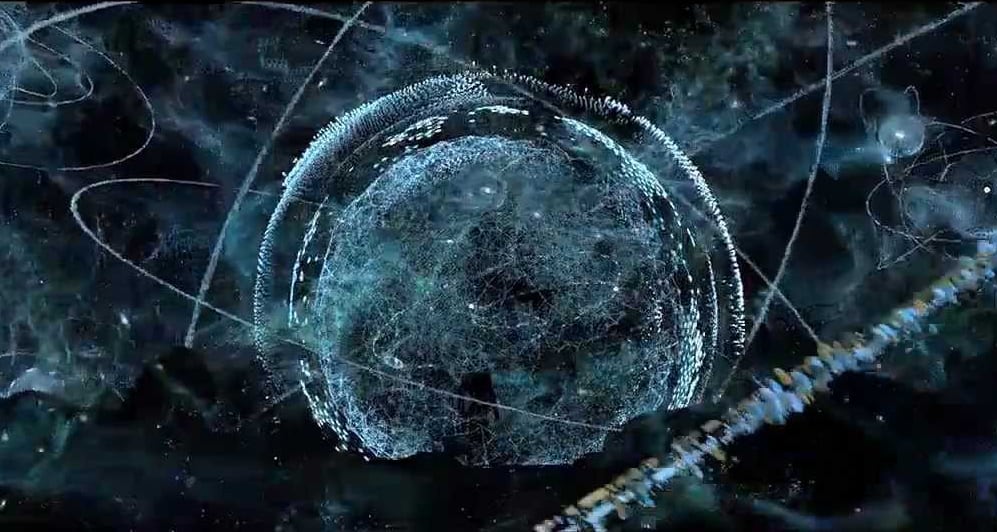 There is a convergence of unprecedented events coming to America and the world that will go into a kind of hyper-drive in 2015 or soon after. It is difficult to set exact dates because there are various forces which can change the dynamic. The important point is that none of these geopolitical, economic, scientific, technological, or sociological forces are due to random chance or accidents. The primary drivers are globally and socially engineered forces planned by a scientific elite. This elite manipulates economies, food prices, social structures, and what could be called the mass or collective consciousness of the American people through science and technology that most people have no idea exists.

What we now call America is simply a kind of holographic projection of consciousness and interdimensional forces by this elite along with the mass mind or “hive mind” of the collective… the collective consciousness. To use a term coined by the Canadian MKULTRA psychiatrist, Dr. Cameron, the national “hive mind” and the global “hive mind” have been produced by processes such as “depatterning.” Dr. Cameron conducted experiments on “patients” in a psychiatric hospital where he would literally wipe their minds clean through powerful psychiatric drugs, electroshock therapy, and playing endless hours of hypnotic audio tapes that essentially erased people’s minds so that he could program them the way he wanted to.

Prior to 1950, America was primarily a nation which held to some form of Christian values, patriotism, traditional family values, capitalism, and a belief in right or wrong. However, after World War II, America brought into our nation Nazi mind control scientists under what was called Operation Paperclip, and in the early 1960s the Tavistock Institute launched a campaign from Great Britain to completely transform America through sex, drugs, rock’n’roll, and the mysticism of a tsunami of British rock bands like the Beatles, Rolling Stones, Led Zeppelin, and many others.

Simultaneously, in San Francisco the Stanford Research Institute began distributing LSD through people like author Ken Kesey, who traveled across the country and gave out free LSD in what was called “The Electric Kool-Aid Acid Test.” These experiments led to the explosion of a West Coast counter-culture of acid-driven rock’n’roll bands like the Grateful Dead, Janis Joplin, and Jimi Hendrix and culminated at the Woodstock rock’n’roll festival in New York. What this was on a mass scale was a kind of depatterning from traditional American values.

The point is that none of this happened by accident! All of this was the product of strategic social engineering, and many of the leaders of the counter culture were sponsored by government agencies or worked for them, like Ken Kesey, who was turned on to LSD by the CIA at Stanford Research Institute; Dr. Timothy Leary, the Harvard psychiatrist who promoted the use of LSD; and many others. This was accomplished with a continual “shock and awe” campaign of always pushing the envelope, breaking taboos, and reframing the American mind through music, film, and television. The movie The Graduate, starring Dustin Hoffman, broke taboos on American ideas on traditional marriage and introduced the “anti-hero” in film. Prior to the rise of the “anti-hero,” American films promoted the image of the American male as a hero and a champion of traditional American values. The audiences vicariously identified with the hero or heroine and followed their moral leadership.

The “anti-hero” became a cinematic device for deconstructing America and American values. Again, the combined effect of educational institutions, books, films, television, radio, and music along with the use of legal and illegal drugs created the psychological environment for depatterning and deprogramming.

The agenda behind all this was to condition people for the acceptance of a Socialist World State, a world government and a one world economic system. As we look all around us we see the final phases of this agenda taking place as the wealth of the American middle class is being drained. Our freedoms have been lost and we are about to endure the final phases of transformation.

In order for this transformation to be successful the elites had to properly condition millions of Americans to be unaware of what had happened, where this is going, or to see the big picture. This has been done through the strategic suppression of the right brain which has the capacity to question, see the big picture, and enter much higher levels of consciousness. Stripping art, good literature, and classical music from education along with the robotic teaching to the test has shut down the right brain in countless millions of people. Added to this is the distribution of legal drugs, and chemical additives in the food and water, which all shut down the right brain.

This creates a caste system and what Aldous Huxley called the Scientific Dictatorship. Zibiginew Brzezinski, co-founder of the Trilateral Commission with Rockefeller, also called openly for global mind control through psychotronic weapons and other technologies. The reality that people are experiencing is a kind of holographic projection from a scientific elite, which they have agreed on a subconscious level to accept as reality.

The only way an individual can find freedom from the holographic prison is to go outside the prison.This requires knowledge that is becoming increasingly censored. If any individual chooses to accept this present consensual holographic reality as being the final truth, they are locked in hopelessly. People who have managed to activate their right brain are able to enter the higher levels of thinking which can open the door and enable them to transcend what is termed the Matrix.

Unfortunately, most of what is called religion, even most of what passes for Christianity, is often an instrument of control being used by those who create the holographic reality. But true spirituality involves a supernatural relationship with the Personal Living God of the Universe. The idea of a Personal Living God of the Universe is mocked and laughed at, not because it is not true, but precisely because it is true. We are not talking about organized religion. Jesus Christ said “I am the door: by me if any man enter in, he shall be saved, and shall go in and out, and find pasture.” John 10:9

If you think about those words in completely non-traditional religious terms, Jesus is saying that He is the door into a completely different dimension of reality. The dimension of reality that Jesus is speaking of is outside of the holographic prison. It is interesting to note that the “door” out of the holographic prison is personal; it is not just an abstract energy force or portal.

People are now indoctrinated from birth to ridicule any idea of a personal door into a higher dimension. They are taught that the universe is non-personal and we are here by random chance. Thus, there is no purpose for our lives, except for the purpose that has been programmed into us by those who wish to give us a “cradle to grave” slave assignment. The indoctrination is based on the lie that each person’s life is completely meaningless, except for how they may serve the “hive brain,” run by an elite.

There is another lie that is part of this indoctrination, and that is “learned helplessness” or the illusion that you are powerless. When you go through the door into a higher dimension, you will discover that there are tremendous sources of power and energy. This is what the Bible calls receiving “power from on high.” The exact word for power comes from the word “dynamis,” which means an explosive force like dynamite. The holographic reality we live in is artificial and it is based on lies and illusions,but when you access power from on high you have the ability to use that power to reconfigure reality. In other words when you are connected via a network to a higher dimension, that higher dimension of reality can transform the holographic reality we now call America. I deal with this in my new book, Mass Event.