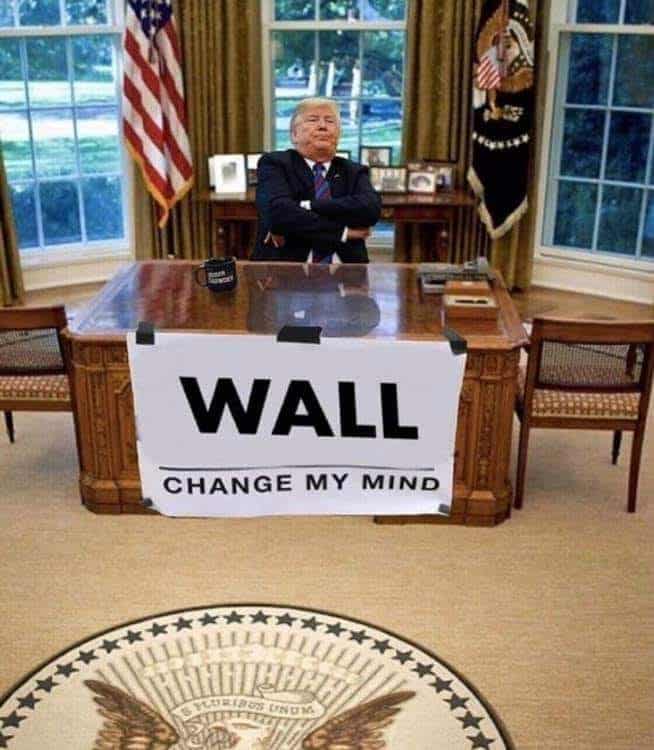 I’ve been thinking about Trumps’ Wall. I have a hunch the Wall isn’t to keep people OUT OR IN.  I think it’s pretty clear that the WALL is being used to DIVIDE Americans. But I think it also has deeper, SPIRITUAL significance, like the “Organization of 70 Nations” agreement officially signed by 3 (symbolic) nations; Honduras, Guatemala and Mexico.

According to Jewish tradition, 70 nations (believed to be the original number of nations when the languages were dispersed at Babel) are represented by 70 fallen angels. The Bible calls them principalities. These nations fall under 3 sections:

“At present all nations of the earth may be divided into three sections: Ishmael, Edom, Keturah. Ishmael is epitomized by Islam, Edom by Christianity, and Keturah by Asian Culture. The descendants of keturah are in turn subservient to either Ishmael or Edom.” – source

Is that significant? I don’t know. I just find it interesting.

Mexico/America relations and the WALL

A question came to mind; Economically/ Debt-wise, doesn’t America virtually OWN Mexico? So I did some reading. I’d have to do a more thorough study about the history of America/Mexico relations to better pin this down, but here’s what I found…

1982 The Wall Street Journal described an even longer rescheduling of Mexico’s payback as “a major international rescue operation.” In return for their “rescue” the U.S. got an agreement from Mexico to quadruple exports to America and disregard future oil price guidelines drafted by OPEC. The U.S. is to buy Mexican oil for between $25 and $28 a barrel, undercutting OPEC price of $34 a barrel. But this further dissolved Mexico’s crucial oil income and bottom line, the debt had not been reduced, just drawn out over a longer period….

…The same year, at the annual meeting of the Association of Third World Economists in Havana, representatives of developing countries proposed the formation of a “debtors’ cartel” to negotiate more favorable credit terms from Western lenders and put an end to the International Monetary Fund (IMF)’s “financial colonialism” – big western nations effectively owning developing ones.

“Debtors cartel?” ? OK, this is getting complicated.

…Now, of course immigration has ALWAYS been part of the conversation….

FF to TODAY, and we’ve got the Obrador (elected 7/2018) / Trump macho standoff. In July of last year, the conservative Peña Nieto was replaced by liberal López Obrado.

“…Peña Nieto and Trump have found common ground in their criticism of Venezuela’s dictator, Nicolás Maduro.

The leaders of López Obrador’s party, on the other hand, have publicly touted their ties to Maduro…”

OK, I don’t know much, if anything about economics. But the question comes to MY mind anyway, that if Mexico is still massively in Debt to the US… Isn’t this whole WALL drama not much more than THEATER? … Maybe this is just over my head, but I keep coming back to there being a WHOLE LOT MORE to this WALL than is being let on; something SPIRITUAL.

I have a good friend who lives in San Diego. He says there is no mass invasion of migrants coming across the border. He said “I should know. I live here.”

There’s been a whole lot of talk about WALLS and gates (& doorways and portals) this past year – There was the Creation Concert at the Western WALL of the old Temple in Jerusalem. There were sacrifices on the recreated altar at the dung GATE at the south side of the western wall …

Then there are Rabbi Weiss’ comments about sovereign nations have a right to be free from MASS MIGRATION… and we’re back to the 70 nations under Noahide Laws agenda again.

In the video below, the Youtuber “Many Fish” brings out some interesting connections about the upcoming MLK holiday, Trumps visit to the Pope in March 2017, and the WALL. WALLS SEPARATE. Christ came to BREAK DOWN THE WALL, TEAR THE VEIL, OPEN THE DOOR and RECONCILE us to HIMSELF. (Luke 23:39-46) 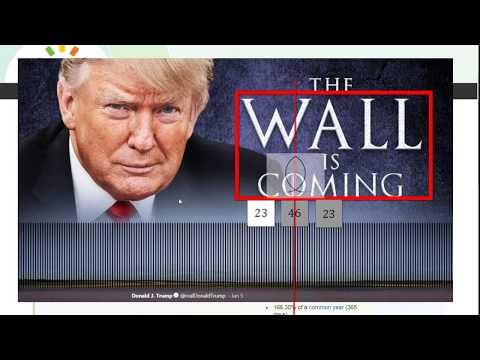 So, I don’t know. I welcome your thoughts. I think I have comments on the site working again. If you have problems, please email me at onechristianobserver@gmail.com.