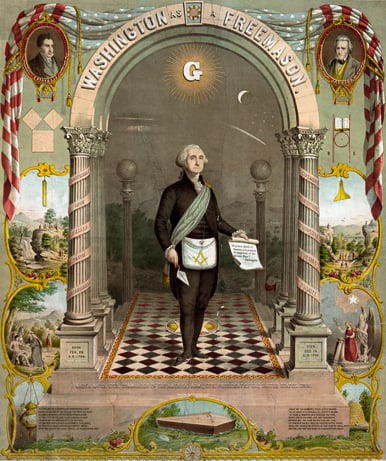 The quotes presented in this article should cause the thinking person to reconsider what they’ve been taught and think they understand about US History as well as the current fascination in the church with Judaism (Hebrew Roots/Harbinger/Shemitah…).

Illuminati Created the US to Advance NWO

“The people of the world and even their governments” will be “as children under-age.”  The Protocols of Zion (15)

Democracy and freedom are illusions that are gradually dispersing like morning mist.
Our governments apply to Cabalist (Masonic) bankers for credit like children asking for their allowance.
Governments are just a veil for these bankers.  “Successful” people are their agents.
Freemasons control every important social institution: government, media, corporations, military, justice, education and the church. Humanity is being reengineered to serve the Cabalist bankers and their god Lucifer
in a world plantation.

As historian Bernard Fay explains below, the United States was established to implement this agenda which is behind US foreign policy.

“Your churches will be used to teach the Jew’s religion and in less than two hundred years, the whole nation will be working for divine world government. That government that they believe to be divine will be the British Empire. All religions will be permeated with Judaism without even being noticed by the masses, and they will all be under the invisible all-seeing eye of the Grand Architect of Freemasonry.”—-General George Cornwallis 1781


from 29 March 2010 | By Henry Makow, Ph.D.
Most Americans scoff at the mention of conspiracy but they don’t know their country was created by Freemasonry . Freemasons drafted the Constitution and signed the Declaration of Independence.  The Indians who dumped the tea in the harbor were Masons. So was Paul Revere and his Minutemen, George Washington and most of his generals. The Marquis de Lafayette was shunned until he joined the Masons. At least 20 of the 42 US Presidents were “Brothers.”

Freemasonry is the Church of Satan masquerading as a fraternal mystical philanthropic order. It fronts for Illuminati (Masonic & Cabalist Jewish) central bankers who started the US as a vehicle to advance their New World Order.  In the words of Masonic elder Manley P. Hall, “we must also perfect the plan of the ages, setting up here the machinery for a world brotherhood of nations and races.”  (“The Secret Destiny of America,” 1944, p.3

The Freemasons provided Americans with ideals — civil liberties, equal opportunity and no taxation without representation — which still are valid. But they were enticements designed to win power. As you might have noticed, these promises were not intended to be kept. Politicians don’t represent us.

Most historians won’t tell you this. In Upton Sinclair’s words: “It is difficult to get a man to understand something when his salary depends on his not understanding it.” 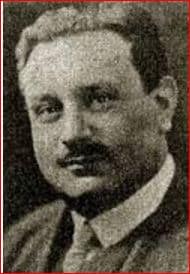 But there was one historian who did reveal the truth. Bernard Fay (1893-1978) was a Harvard-educated Frenchman. He is considered an “anti-Mason” because his 1935 book, “Revolution and Freemasonry: 1680-1800” is one of the very few to reveal the extent of Masonic participation in the US and French Revolutions.

He had access to Masonic archives in the US and Europe. His book is actually a sympathetic portrayal of Freemasonry with no references to its occult nature. However, as a Vichy Frenchman, he subsequently helped the Nazis identify Masons during World War Two. He was imprisoned after the war but pardoned in 1952 by Charles De Gaulle.

Fay explains that in the 1770’s, the US consisted of 13 isolated colonies with different governments, religious affiliations, customs, racial profiles, and social and political structures.

There were intense rivalries and longstanding antagonisms.
A letter took three weeks to get from Georgia to Massachusetts.

“Masonry alone undertook to lay the foundation for national unity in America because [as a secret society] it could spread throughout the colonies and work steadily and silently. It created in a limited but very prominent class of people a feeling of American unity without which… there would have been no United States.” (p. 230)”In 1760, there was no town, big or small, where Masonry had not spun its web. Everywhere it was preaching fraternity and unity.” (230)

Benjamin Franklin, who was the Grand Master of a French lodge, raised millions of francs crucial to financing George Washington’s army. He was the first to submit a concrete plan for military collaboration and political federation to a Congress representing all colonies. He established a chain of Masonic newspapers in all of the colonies. You can imagine where he found the money.

Fay says George Washington and his ragtag army kept the spirit of independence alive. He organized many military lodges and personally participated in their activities.   On Dec. 27,1778, he led a parade after Philadelphia was recaptured:

“His sword at his side, in full Masonic attire, and adorned with all the jewels and insignia of the Brotherhood, Washington marched at the head of a solemn procession of 300 brethren through the streets of Philadelphia to Christ Church, where a Masonic Divine Service was held. This was the greatest Masonic parade that had ever been seen in the New World.”  (246)

“All the staff officers Washington trusted were Masons, and all the leading generals of the army were Masons:  Alexander Hamilton, John Marshall, James Madison, Gen. Greene, Gen. Lee, Gen. Sullivan, Lord Stirling, the two Putnams, Gen. Steuben, Montgomery, Jackson, Gist, Henry Knox and Ethan Allen were Masons.  They all gathered around their Master Mason Washington and they all met at the ‘Temple of Virtue,’ ‘a rude structure forming an oblong square forty by sixty feet, one story in height, a single entrance which was flanked by two pillars… The atmosphere which surrounded Washington was Masonic and it may be said that the framework of his mind was Masonic.” (p. 250)

Imagine if Washington had shown the same devotion to Christianity. Fay points to a “curious” degree of coordination between Masons in the US and British armies:

“It seems even likely that the unforgettable and mysterious laxness of certain English military campaigns in America, particularly those of the Howe brothers, was deliberate and due to the Masonic desire of the English general to reach a peaceful settlement…” (251)

In this context, it is pertinent to recall the confession of General Cornwallis when he surrendered to General Washington at Yorktown (Oct. 19, 1781.)

“Jonathan Williams recorded in his “Legions of Satan,” (1781,) that Cornwallis revealed to Washington that “a holy war will now begin on America, and when it is ended America will be supposedly the citadel of freedom, but her millions will unknowingly be loyal subjects to the Crown.” 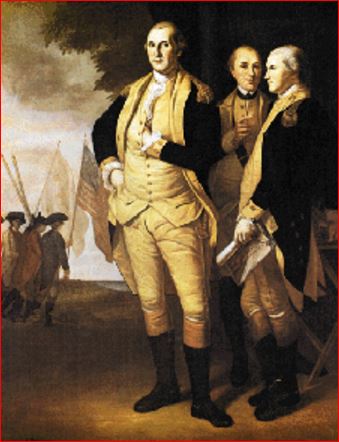 
The Crown is the Illuminati (i.e. shareholders of the Bank of England.) Cornwallis went on to explain what would seem a contradiction:”Your churches will be used to teach the Jew’s religion and in less than two hundred years, the whole nation will be working for divine world government. That government that they believe to be divine will be the British Empire. All religions will be permeated with Judaism without even being noticed by the masses, and they will all be under the invisible all-seeing eye of the Grand Architect of Freemasonry.”In a 1956 speech, Senator Joseph McCarthy reflected on these words:

“Cornwallis well knew that his military defeat was only the beginning of world catastrophe that would be universal and that unrest would continue until mind control could be accomplished through a false religion. What he predicted has come to pass. A brief sketch of American religious history and we have seen Masonry infused into every church in America with their veiled Phallic religion. 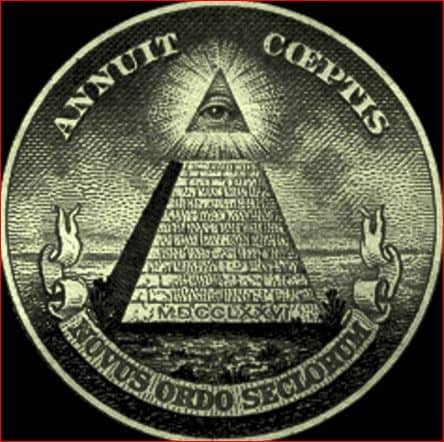 We don’t recognize the Judeo-Masonic conspiracy because we are not accustomed to thinking in terms of hundreds of years. But the Illuminati bankers have been plotting the “new order of the ages” (featured on the US dollar along with the uncapped Masonic pyramid) for thousands of years.

We may have the pleasure and pain of witnessing their design come to fruition. As we do, it is worth remembering that Americans, in fact all peoples, have allowed themselves to be duped.

Our role is analogous to that of the French nobles who collaborated in the French Revolution and then were slaughtered. Fay writes: “All these nobles did not hesitate to side with the revolutionary party, even though it was to cost them their rank, their estates and their lives.” (p. 287)

In the words of a speaker at a secret B’nai Brith meeting in Paris in 1936:

“Yet it remains our secret that those Gentiles who betray their own and most precious interests, by joining us in our plot should never know that these associations are of our creation and that they serve our purpose…

“One of the many triumphs of our Freemasonry is that those Gentiles who become members of our Lodges, should never suspect that we are using them to build their own jails, upon whose terraces we shall erect the throne of our Universal King of Israel; and should never know that we are commanding them to forge the chains of their own servility to our future King of the World.”