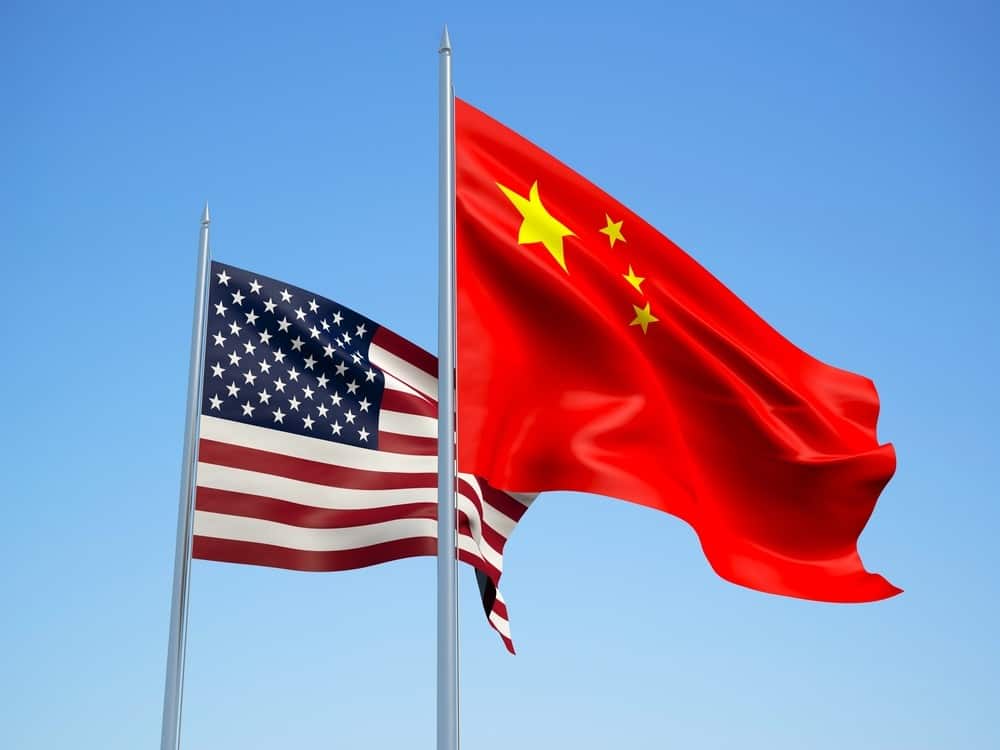 This article from 2009 and linked transcript would indicate that China has the Legal Right to Force Americans off of their Land.

West Coast Fires: Is China taking Back it’s assets and transforming them into Smart Cities? Judge for yourself.

The Chinese Defense Minister, Chi Haotiaon delivers a speech to the Chinese military leaders outlining the inevitable “expansion” of China into Canada, the U.S., and Australia — He justifies this because of Chinese racial “superiority” and thus “emminent domain”. To accomplish this, American would first have to be “Cleansed” by means of a powerful “biological weapon” — causing 150 -200 MILLION AMERICAN DEATHS.

US Gives China Eminent Domain Over US Property

Let’s connect some dots today, boys and girls to learn about the HIGHEST POSSIBLE TREASON that has happened in this country.

THIS IS AS REAL AND AS UGLY AS IT CAN GET.

Dot #1 China begins its covert war on the FREE American republic in the 1950’s by taking over much of the PHARMACEUTICAL DRUG manufacturing for American and British Big Pharma. This is an outgrowth of the Rothschild’s OPIUM RING PROCESSING by the British West Indies company during the 1800’s, and is brokered by the “City of London” and Washington D.C.

Dot #3 Eventual LDS (Mormon) Church President Gordon B. Hinckley, via the church-owned Polynesian Cultural Center in Hawaii, establishes a “hard currency” pipeline with Bejing, exchanging bank “trade credits” for CIA/BRITISH MI6 DRUG SERVICES RENDERED into hard GOLD AND SILVER while hiding behind the cloak of “World Religion”. This is facilitated via the LDS-Church built and controlled “Shenzhen Special Economic Zone” adjacent to Hong Kong. When Hinckley is made LDS President, his first “official” visit as “World Prophet” is to China, where the Chinese Communist leaders give him a hero’s welcome and a confetti parade. (See attached paper — “Pensees of a Puzzled Pilgrim” pp 5-6 and Desert News, June 1, 1996 article: “President Hinckley Visits China”).

Dot #5 China purchases TRILLIONS of dollars worth of U.S. Treasury Bills and Bonds, paying for it with gold and silver provided by the Shenzhen Economic Zone exchanges. Much of the U.S. “national debt” is purchased from the private “Federal Reserve” banks in this manner.

Dot #6 Dr. Jeff Taubenberger of the U.S. Institute of Pathology in Ft. Dedrick MD, (The world headquarters for biologic weapons development) successfully maps the genome of the 1918 killer “flu” virus responsible for the 1918 “pandemic” that killed millions.
The worst killer virus ever to plague mankind is now ready to be used as a covert “weapon” disguised as a natural “influenza” mutations.

Dot #6 July, 2005: The Illuminati-conrolled United Nations announces that the world is long over-due for an “influenza pandemic”. The H5N1 “Avian Flu” is wrongfully demonized as a COVER.

The Chinese Defense Minister, Chi Haotiaon delivers a speech to the Chinese military leaders outlining the inevitable “expansion” of China into Canada, the U.S., and Australia — He justifies this because of Chinese racial “superiority” and thus “emminent domain”. To accomplish this, American would first have to be “Cleansed” by means of a powerful “biological weapon” — causing 150 -200 MILLION AMERICAN DEATHS!!! The plan would be enacted AFTER the symbolic OLYMPIC GAMES beginning at the sacred day of 8-08-08 are concluded. China begins buying oil and gas futures, spiking the worldwide prices to historic levels.

Dot #8 March 13, 2008: A secret meeting is conducted for the U.S. House and Senate. Agents of the Club of Rome give a preview of upcoming events to elected officials who first swear an oath of secrecy. The traitors are briefed that the economy will begin its collapse in October, 2008 — and will TOTALLY collapse in mid 2009. As events unfold in 2009-2010, Congress was told of the real possibily of massive civil unrest and even Civil War being waged. Detention camps constructed to imprison civil ‘agitators’. See http://www.afterdowningstreet.org/node/34877
for the complete meeting agenda.

Dot #9 In September, 2008 — as soon as the Olympics are concluded, China stops buying oil and gas futures while dumping U.S. Treasury bills and bonds. Gasoline prices plummet, while the U.S. mortgage loan money becomes tightly constricted. The Club of Rome’s agenda is being implemented perfectly.

Dot #10 In October, just as explained in March, the economy indeed begins its collapse with mortgage banks going bankrupt as the Chinese dump their U.S. Securities. This causes a world-wide “rush to liquidity” as money supplies DRASTICALLY tighten.

Dot #11 Billions of worthless U.S. Government “bailout” debit entries are given to bolster failing U.S. Banks. These are “worthless” because China now controls most of the U.S. “REAL” wealth in the form of gold and silver. China refuses to continue investing credit loans to the U.S. Treasury.

Dot #12 Barack Hussein Obama is elected, promising “Change you can believe in.” After taking office in January, Obama sends Hillary Clinton on a critical mission to China and helps write H.R. 45 — a complete grab of America’s guns ala Adolph Hitler. State leaders who understand what Clinton and Obama agenda with China is about, are seeking legal “Sovereignty” to prevent the loss of property to a foreign power.

Dot #13 China agrees to continue investing in U.S. Treasury Bills only after securing the right of “eminent domain” to physically repossess foreclosed American PRIVATE PROPERTY. This move is the equivalent of an unconditional surrender following a bloody war.
This also gives the Chinese military the LEGAL RIGHT to use biological weaponry to “Clean up America all at once”. It gives them the legal right to use deadly force in removing trespassing Americans from occupying Chinese real estate.

Connect these 13 evil dots, and this is what you get:

BEIJING, China — Sources at the United States Embassy in Beijing China have just CONFIRMED that the United States of America has tendered to China a written agreement which grants to the People’s Republic of China, an option to exercise Eminent Domain within the USA, as collateral for China’s continued purchase of US Treasury Notes and existing US Currency reserves.

The written agreement was brought to Beijing by Secretary of State Hillary Clinton and was formalized and agreed-to during her recent trip to China.

Put simply, the feds have now actually mortgaged the physical land and property of all citizens and businesses in the United States. They have given to a foreign power, their Constitutional power to “take” all of our property, as actual collateral for continued Chinese funding of US deficit spending and the continued carrying of US national debt.

This is an unimaginable betrayal of every man, woman and child in the USA. …

Eminent Domain is the power of government to TAKE private property for public use without the consent of the property owner. Under our Constitution, the government can only “take” when providing “just compensation” for what they’ve taken.

Who decides what constitutes “just compensation?” The government!

Our federal government has now granted to China, this power to “take”our homes and businesses in the event the US Gov’t defaults on its debts. Let’s play this out as a worst case scenario. . . .

With the stroke of a Chinese chop stick, Hawaii and California — all the land and buildings in those states — are now owned by China.

The “taking” would be a “valid public use” because it was “taken” in payment of the public debt!!!!

China could then turn around and declare the value of all that land to be worth. . . . . I dunno, ten cents on a dollar?

Needless to say, the property owners would go ballistic and demand “just compensation” for what was taken. Who gets to decide what is “just?” China! Don’t think you got a fair price for what they took? No problem, sue China.

People who live in those states and own their land outright, might be able to negotiate with China to “rent” back their own property, as long as the property owner continued to pay all his taxes; but the land and buildings would belong to China.

This is what our own Government has just done to us and it is the single most vile act of betrayal in the history of human existence.

In early February nine U.S. States began the process of re- asserting their Sovereignty pursuant to the Ninth and Tenth Amendments to the US Constitution; declaring null and void any actions by Congress that violated the Constitution.

The states took action to make certain the feds couldn’t give away cities or the states themselves!

This situation is going to get VERY ugly, VERY fast as one sovereign power (the feds) try to literally give away the land of other sovereign powers, (the states). This is the type of thing that starts Civil War.

Our present federal government makes the treachery and betrayal of Benedict Arnold look like child’s play.

China’s Surveillance State Should Scare Everyone

China Is The Blueprint For The Censorship Tyranny Rollout In America

(From the film: “Eat your food. There are children starving in America.”)