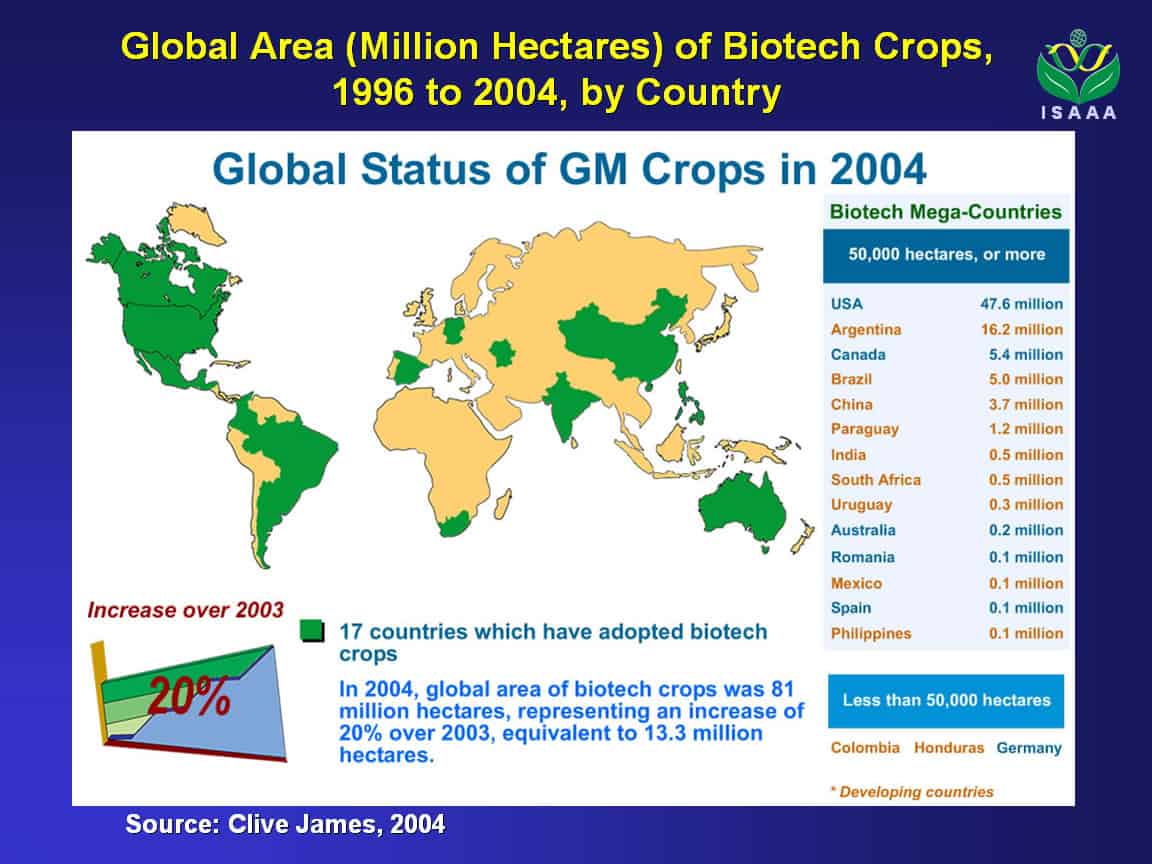 Too many catastrophic events are occurring too close together and should make any to wonder if there is a pattern and more importantly whether those causing the events are the same people. On this basis we must wonder whether those who control mainstream media, global banking systems, global food supply, production of medicines and drugs, control technology and frequency, global weather, arms and weapons manufacture and trade are the same people who control the politicians and political systems, lawmakers and judges who are blackmailed for past indiscretions probably engineered by them, the same people who control our education and knowledge, manipulating what we should know and should not, they control everything and they even control the counter-movements just to the extent that people are kept happy that there is another version. How in control of us they are, depends on our own understanding of who they are, who we are and why its important to not be led by trends or political correctness but to be wise enough to realize the looming dangers before us. We must now wonder who are the real people who are poisoning the world and poisoning us.

If those who manipulate the commodity markets to increase food prices, are the same people who are manipulating earth disasters as well as the stock market and creating diseases like mad cow, bird flu and the like it is time the people became more concerned about what they eat and refuse to pay for poisons.

Is the discovery of HAARP ‘high frequency active auroral research program’ created to give ownership of the world weather and to modify weather systems to achieve military objectives? Bill Clinton and Al Gore may like admit what they commissioned the HAARP scientists to actually achieve to satisfy US interests? If so we now need to wonder whether floods in Pakistan, Queensland Australia, China, Manitoba Canada and heatwaves in Russia were HAARP induced? In so manipulating the weather is the outcome not intended to destroy the world’s food supply and would it be a conspiracy theory to suggest that destroying food supply is very much in line with the depopulation (eugenics) foreign policy towards the Third World? Why not take a look at Henry Kissingers Global 2000 report on Population Policy (that aspires to reduce US population by 100m). If were to use the very terminologies the West throws at Third World targeted nations the abuse of technology to destroy environment and people is mass genocide and HAARP should be termed a weapon of mass destruction. US President Obama was the first President to order the use of HAARP and as such earthquakes, tsunamis, floods and heat waves have been man-made ‘natural’ disasters. US President has not excluded targeting his own nation.

From HAARP we go to genetically engineered crops.

It is undeniable that GE crops pose a threat to health, destroy our immune system and accelerate the crash of global food supply. Who controls the biotech industry that uses every cunning to force Governments, countries, systems and eventually farmers to purchase their seeds? Is the biotech industry simply profit-driven or do they function on a greater objective taking the risk despite the irreversible nature of what they are doing to nature? Even scientists have been found guilty of a larger conspiracy (scientists from the Indian Council of Agricultural Research and the University of Agricultural Sciences found guilty of intentionally contaminating GE cotton seed to speed up seed’s release into India’s BT cotton marketplace) More than 250,000 Indian farmers have committed suicide after GE induced crops failed and they faced financial ruin.

Our poultry is also being fed with GE corn or soy affecting the bird as well as the consumer. Chickens are also fed with antibiotics, arsenic, even antidepressants and how would these affects those who consume chicken? Our immune systems and major organs – liver, kidneys, pancreas, genitals will all get affected just as it would be harmful for the animals as well and this is poisoning the world’s topsoil. In fact the world is running out of topsoil and plants need topsoil to grow and 70% of topsoil has disappeared. How many are aware that 40% of world’s agricultural soil is classified as degraded or seriously degraded? It is ridiculous to hand over the environment to the UN when it has done nothing to protect it ever since its inception simply because it has come out with a fancy word ‘sustainable development’ under a bogus Agenda 21 plan. If there is any sincerity in the UN sustainable programs why have they not stopped GE crops which are destroying soil fertility and soil ecology?

With the reality of what happens to the soil when GE plants that are taking over the major food producing areas of the world that include US, China, India, Argentina and Brazil is it hard to imagine a looming famine likely to take place before our very eyes? There is enough material available to ring alarm bells yet why does the public join a global initiative to say NO more GE crops and demand the right to know if they are being fed or if they are buying genetically modified foods.

GE is synonymous with Monsanto, the company that brought poisons like Agent Orange and Roundup. Monsanto is owned by the Rockefeller family, a member of the 13 illuminati family. Monsanto produces 90% of GMO crops – corn, soy, cotton. While we think that MSG (monosodium glutamate) in many processed foods are harmful for health we do not seem to know exactly what other poisons we are consuming. In 2008 melamine was found in infant formula, dangerous food additives in the form of dyes red 40, yellow 5 and yellow 6 are even linked to cancer. McDonalds’ chicken Mcnuggets had ‘silly putty’ chemicals – today’s chicken is said to contain only 51% of actual meat! Sodium fluoride (silicofluoride) is an industrial-grade hazardous waste material produced during fertilizer but is being added to toothpaste and food simply because it is too expensive to dispose! For those who must wonder why children are said to be autistic and there is a visible rise in autism the simple explanation is mercury – which wrecks havoc in the nervous system especially the developing nervous system of a foetus. Mercury is used in dental fillings, vaccines, high fructose corn syrup and even baby food.

Anyone who has heard of aspartame would know its effect as artificial sweeteners. The makers of aspartame G D Searle, CEO was none other than Donald Rumsfeld! Aspartame is now used in general foods, beverages, pharmaceuticals and childrens products. Aspartame has been rechristened as AminoSweeet.

From foods we come to personal care an area that generates consumer appeal for both men and women who are little aware of the harmful nature of the products being applied directly to the skin, scalp or being inhaled. If anyone is puzzled at the rise in allergies, chronic afflictions and disease they should not look too far – pick up a produce they use and the answer is in front of them. Even household cleaning products has been linked to breast cancer and ADHD in children.

Let us look at another airborne pollutant that know’s no borders – known as chemtrails or chemical spraying of barium and aluminium. The Gulf has been a victim of spraying of corexit oil dispersant as well as depleted uranium and those sick from these pollutants are afflicted with further unnatural chemicals via the health/pharmaceutical industry. Whether the two industries of food and drugs are cahoots to destroy man is the all important question just as is it is to know if the owners are the same too and there is no guesses needed to know the connection.

Food will become an ultimate weapon. National Governments in their greed for personal privileges and powers have failed their people by not protecting the land and soil especially in agriculture countries by agreeing to sign before any dotted line so long as it would keep them in power. Not only will such leaders not remain in power they would have committed their nations to calamities of the unimagineable.

The same people who have galvanized themselves to own and control the world have used their positions and the entities they have created to ensure everything that takes places is controlled by them. Soon premises will be identified, animals will be numbered and compliance would mean that, on the excuse of protecting access to markets, farmers would be brought into a program that is controlled and licensed, and one that he would have to pay for, denying him any rights to entrepreneurial status. Thus, those who refuse will be shunned from the system, targeted and may even face sentence. The attempt is obvious to bring all food and food ingredients under the control of a tracking system that will monitor production, processing and distribution. The EU already has put the system into place riding on the excuse of ‘food safety’.

Surely people must read between the lines. The 2005 EU traceability guideline has satellites to ‘ensure nations and private individuals are obeying its policies’. These satellites will also be ‘watching for agricultural and fisheries fraud and boosting ‘internal security’” agricultural fraud must be farmers who grow more crops than permitted by the government-controlled allotment system. How many have wondered if people will not be able to grow crops in their own home garden plot?

While all the arguments given on monitoring food and its supply and ensuring every hungry mouth will get a balanced diet and so forth when the control is in the very hands of those who have been poisoning our food, drugging people and inducing various virus and flus and then selling us vaccinations for profit surely we have every right to wonder whether this latest strategy is one that is in line with the depopulation agenda which is very much part of their plan to usher a new world order where the rulers will rule over a smaller number and to do that people must die and for people to die they have come up with various ways to fastforward that initiative. The shareholders of whole foods are the same as Monsanto.

Throughout history, there are been many attempts to use military force and police powers to conquer the world. World domination failed because people who were conquered could not be effectively controlled. Food and Pharmaceuticals have become the perfect source to control people.

The same “big four” control the vast majority of European companies counted on the stock exchange. They also run the large financial institutions, such as the IMF, the European Central Bank, the UN and the World Bank.

All these are controlled by just 13 families using a Committee of 300 members to function on their behalf.

The Committee of 300 is a product of the British East India Company’s Council of 300 first commissioned by British royalty in 1600 and continues to be headed by the Queen.

Through history the Committee made profits from opium trade in China and India, diamonds from South Africa and now oil and gas. They create or engineer wars, drug wars simply to legalize all types and classes of drugs, asset forfeitures, asset seizures and are largely responsible for the ‘natural’ disasters we are experiencing of late.

It is good for people to start insisting that their Governments do not commit to passing legislations or introducing laws that would destroy the natural habitat that Sri Lanka has and people too begin to start eating healthy food for their own sake. More than 30 countries including Russia have banned GMOs.