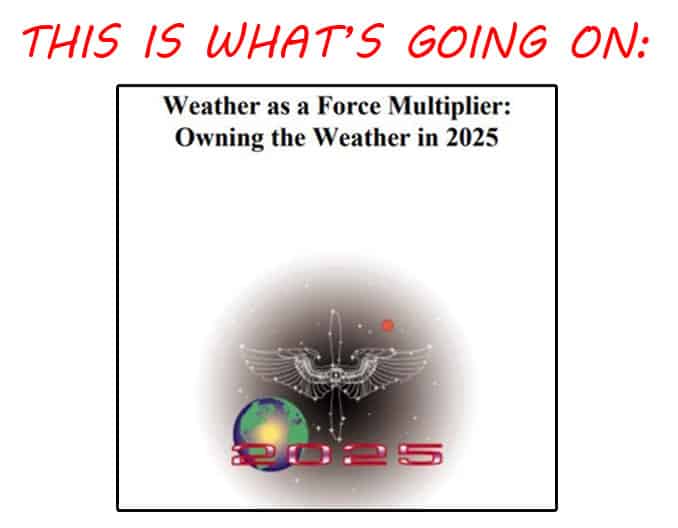 It seems like the whole world is on fire and, as we’d expect, media is presenting it as ‘normal’, telling us that “climate change” as the culprit. But what’s actually happening is spelled out in the document: “Air Force 2025: Weather as a Force Multiplier: Owning the Weather in 2025.” (link below) 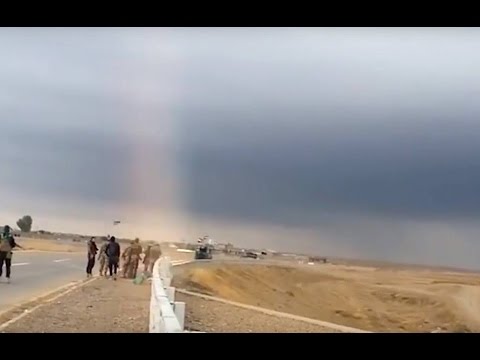 Weather as a Force Multiplier: Owning the Weather in 2025 – US Gov

It is not unreasonable to believe that technologies are behind these events. Here are some Air Force technologies and their projected goals for the future:

“The document “Air Force Directed-Energy Systems Laser-based and high-power, microwave-based DE systems being developed by several nations will play an important role in the strategic context of 2010–30. The success of MacDonald, Dettwiler and Associates (MDA) in tracking, targeting, and destroying a representative missile in February 2010 with an integrated, airborne, megawatt-class chemical laser demonstrated the potential of strategic-scale systems. Ground-based lasers are likely to appear for air defense and other roles, as will airborne microwave-based systems that can disable or defeat electronic systems. More recent solid-state laser technologies are enabling tactical-scale systems for potentially revolutionary airborne self defense and low-collateral-damage strike capabilities. Emerging fiber laser technologies as well as diode-pumped alkali lasers may allow later versions of such systems to be made even smaller for integration in a much wider set of platforms, including fighters. DE systems will be among the key “game changing” technology-enabled capabilities that enter service during this time frame.” read more…

Here’s a PDF of the book “Full Spectrum Dominance”

See more technology the US has in their possession here:

If you doubt they would test/use these against US citizens, look at :