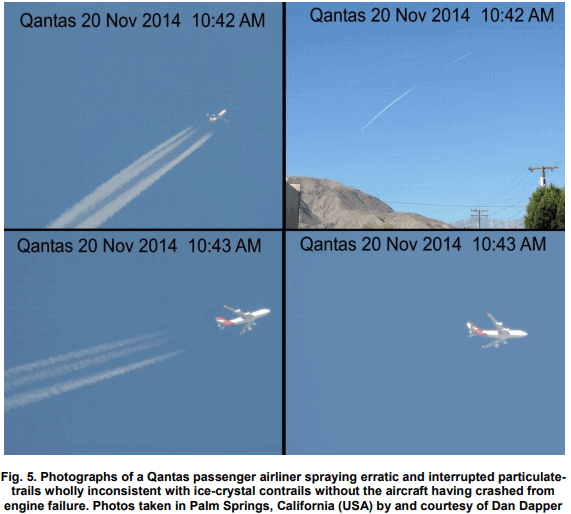 A recently published scientific article challenges that assertion, and reveals a fundamentally different underlying cause for the California wildfire severity that officials have neglected to disclose.

Published October 1, 2018 in the Journal of Geography, Environment and Earth Science International, the scientific article by J. Marvin Herndon, PhD, of Transdyne Corporation and Mark Whiteside, MD, MPH, a Florida Department of Health physician, reveals an unrecognized source of causality leading to increases in combustibility, intensity, and the extent of California, wildfires, and the concomitant harm to human and environmental health

The authors, as noted in the article, “review the evidence that atmospheric manipulation utilizing aerosolized coal fly ash is a primary factor in the extent and severity of forest fires in California and elsewhere; adverse effects include exacerbation of drought, tree and vegetation die- off and desiccation, and unnaturally heating the atmosphere and surface regions of Earth.”

Jet-spraying tiny particles into the region where clouds form, instead of compensating for global warming as some climate scientists wrongly believe, does quite the opposite including, as the article reveals, inhibiting rainfall, retarding heat loss from the surface, contributing to global warming, blocking the flow of moisture-laden clouds from the Pacific, causing climate chaos, poisoning the environment, and posing serious potential health risks to humans.

The article further reveals, “Forest combustibility is increased by moisture-absorbing aerosolized particles that damage the waxy coatings of leaves and needles, reducing their tolerance to drought. The aerial climate manipulation using coal fly ash greatly increases the potential for forest fire ignition by lightning.
In addition as the article discloses, “Wildfires dramatically worsen baseline air pollution, emitting harmful gases and volatile organic compounds, and they both concentrate and re-emit toxic elements and radioactive nuclides over a wide area.”

As the article states, “The type of air pollution created by wildfires is associated with increased all-cause mortality, with the greatest impact on respiratory and cardiovascular disease. Studies have shown that aerosolized coal fly ash is an important risk factor for chronic lung disease, lung cancer and neurodegenerative disease. Failure to recognize multifold adverse consequences of jet-spraying particulates into the atmosphere … will continue the progression of ever-accelerating ecological disasters.”

The undisclosed jet-sprayed tiny particles do not remain in the region where clouds form, but mix with the air we breathe posing, without informed consent, human and environmental health calamities. No one has the right to poison the air we breathe or to corrupt our planet’s complex and interrelated natural processes that makes life on Earth possible. The raging severity of the California wildfires should be a wakeup call for prudent citizens to demand an immediate and permanent halt to all geoengineering activities. 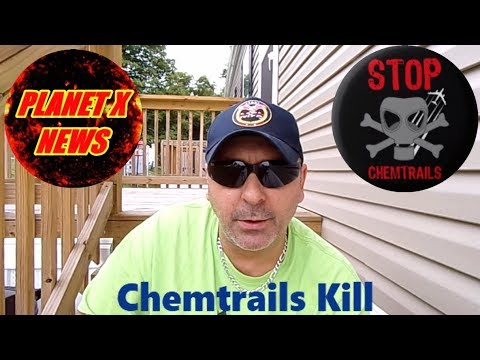