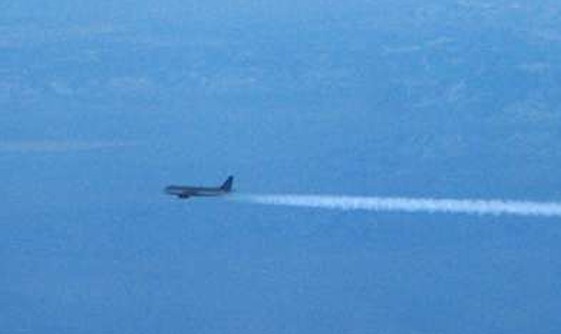 Flying home from Charlotte NC to Nashville yesterday, I noticed a chemjet off to the right of us. It really caught my eye because it was closer than I’d ever seen another aircraft out the window of a commercial airliner.

There were 3 other jets spraying the sky into the now familiar checkerboard pattern. I looked around me in the cabin to see if anyone else was as aghast as I was, but no one else seemed to notice a thing. So I settled back into my seat and helplessly watched as the little plane to our right moved closer and closer. I got my phone out to take a video of it, but the video doesn’t begin to show how close it looked from the plane window. I could see the blue tail and orange sides on it. It looked like it might have been painted to look like a Southwest flight.

My phone shut off and before I could get it going again, the jet crossed over, above us. That’s when it really hit me. There is no way in the world that the pilots are not aware of these planes. What are they threatened with to keep them quiet about something this big? What struck me as well was that these planes don’t veer off their course, not by an inch. Granted, I can’t prove it, but I’m convinced they are unmanned; they are drones. Commercial aircraft just have to maneuver around them (hopefully!) 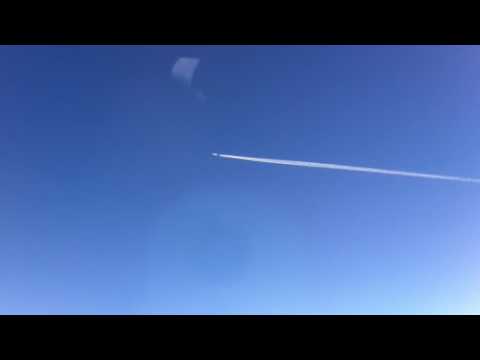 I actually remember being able to see clearly for miles from an airplane – the last few times I’ve flown that’s been anything but the case. As I watched out the window, the already hazy, chemical laden sky was being painted with strip after strip of heaven only knows what; strips that formed into blobs of gooey looking nastiness.

…and no one sees a thing…

After landing in Nashville, I made my way outside to the curb to meet my ride. As I stood there an airport bus came by. I couldn’t believe my eyes. Click on this image and get a close look at this bus. 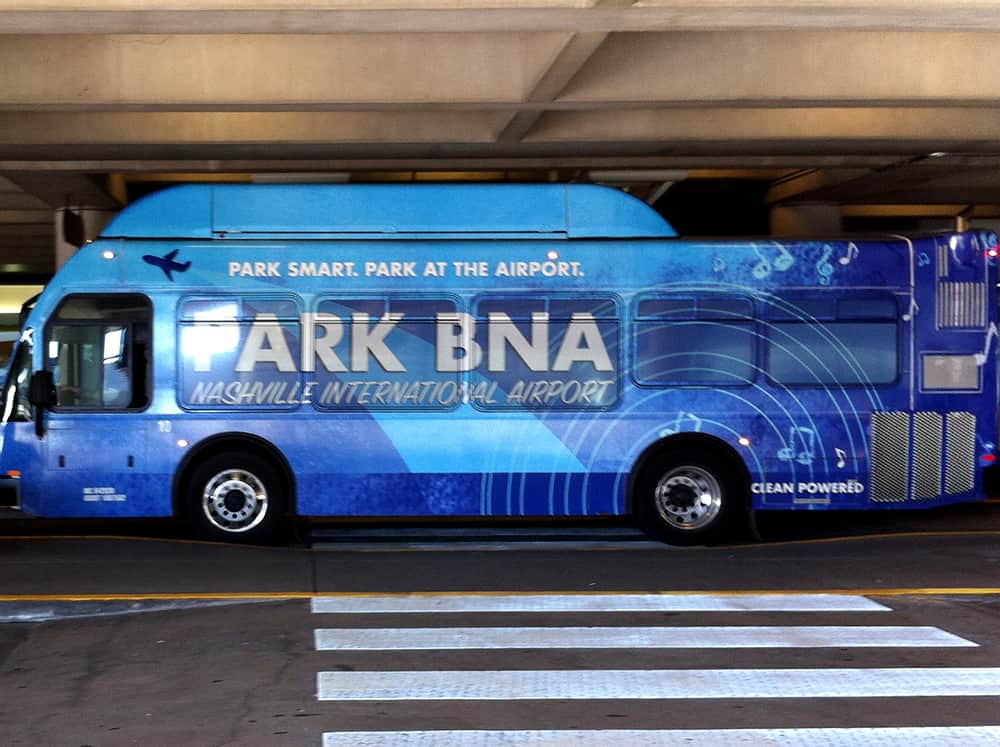 Painted right on the side of the bus was a chemical spraying jet, and the sky I’d just left a few minutes earlier (complete with blobs of gloppy goo)!

There has been an unimaginably massive amount of money poured into the “normalizing” of our new sky.

Earlier, at the airport the 6 o’clock news had played on a flat screen television near me in a waiting lounge. I don’t watch the news (we have Roku), so the uninterrupted stream of rhythmic, scripted truth, slant, truth, slant narratives have never sounded more contrived to me. The social engineering of the general public is everywhere.

There’s also been a lot of effort to call this spraying jets phenomenon by a very particular name: “Geoengineering”. There are countless documents referring to programs like “stratospheric engineering” and others, which are allegedly being proposed to overt climate change. Anti-chemtrail protestors like disinformationist Dane Wigington of Geoengineeringwatch.org (‘exposing’ chemtrails while insisting on climate change science and the ‘fact’ of overpopulation) insist on the term “Geoengineering”, (he says) for protesters to be perceived as credible in exposing the programs. But the contents of chemtrails have been shown to include much more than the poisonous aluminum proposed in these documents.