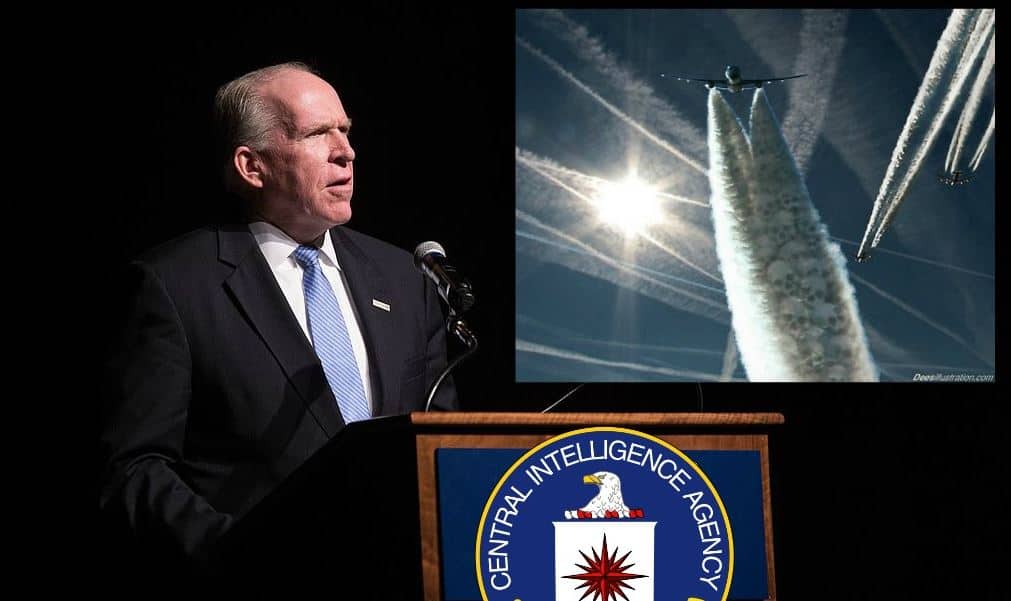 More exposing themselves. But always controlled. Always in their desired light.

In late June 2016, CIA director John O. Brennan appeared at the Council on Foreign Relations to give a brief talk and take questions from members of the council.

The discussion was designed to address threats to national and global security as well as world stability. Among the threats that Brennan discusses are of course the usual suspects like ISIS and biological warfare, but interestingly enough, Brennan focused heavily on the rapid change and development of technology.

First mentioning the potential for cyber attacks, hacking, and other types of disruptions to the governmental, military and civilian infrastructure of the world, Brennan also mentioned the “problem” of an aging population due to increased longevity as well as the potential for the creation of genetically engineered bacteria to be used for biological warfare purposes. But what has raised many eyebrows is Brennan’s discussion of geoengineering.

While Brennan did not state that geoengineering was currently being conducted, he did go into some discussion about the possibility of geoengineering in the near future.

Another example is the array of technologies—often referred to collectively as geoengineering—that potentially could help reverse the warming effects of global climate change. One that has gained my personal attention is stratospheric aerosol injection, or SAI, a method of seeding the stratosphere with particles that can help reflect the sun’s heat, in much the same way that volcanic eruptions do.

An SAI program could limit global temperature increases, reducing some risks associated with higher temperatures and providing the world economy additional time to transition from fossil fuels. The process is also relatively inexpensive—the National Research Council estimates that a fully deployed SAI program would cost about $10 billion yearly.As promising as it may be, moving forward on SAI would raise a number of challenges for our government and for the international community. On the technical side, greenhouse gas emission reductions would still have to accompany SAI to address other climate change effects, such as ocean acidification, because SAI alone would not remove greenhouse gases from the atmosphere.

On the geopolitical side, the technology’s potential to alter weather patterns and benefit certain regions at the expense of others could trigger sharp opposition by some nations. Others might seize on SAI’s benefits and back away from their commitment to carbon dioxide reductions. And, as with other breakthrough technologies, global norms and standards are lacking to guide the deployment and implementation of SAI. 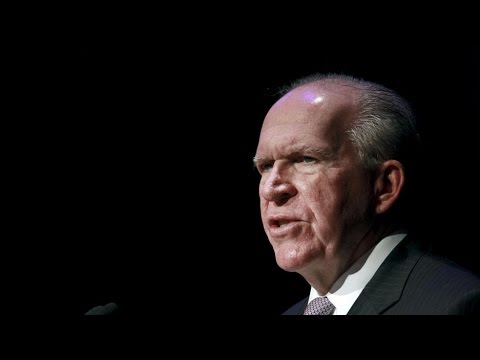 While we must be clear that Brennan did not state that geoengineering was currently taking place or that he made mention of chemtrails, it is important to note that he essentially described the process of chemtrailing and geoengineering in a speech that was designed to discuss possible threats to global security in the near future.

His speech was given to the Council on Foreign Relations, no less, one cell in a worldwide network of “think tanks” who are responsible for developing and implementing much of the Anglo-American agenda through national policy. While many may consider geoengineering to be nothing more than a conspiracy theory, Brennan’s speech should cause them to rethink their perspective.

Image created by Natural Blaze, via a Dees Illustration

This article (CIA Director Discusses Geoengineering at CFR Event) can be republished under a Creative Commons license with proper author attribution to Brandon Turbeville and Natural Blaze.com.

Brandon Turbeville – article archive here – is an author out of Florence, South Carolina. He is the author of six books, Codex Alimentarius — The End of Health Freedom, 7 Real Conspiracies, Five Sense Solutions andDispatches From a Dissident, volume 1 and volume 2, The Road to Damascus: The Anglo-American Assault on Syria, and The Difference it Makes: 36 Reasons Why Hillary Clinton Should Never Be President. Turbeville has published over 600 articles dealing on a wide variety of subjects including health, economics, government corruption, and civil liberties. Brandon Turbeville’s podcast Truth on The Tracks can be found every Monday night 9 pm EST at UCYTV. He is available for radio and TV interviews. Please contact activistpost (at) gmail.com.