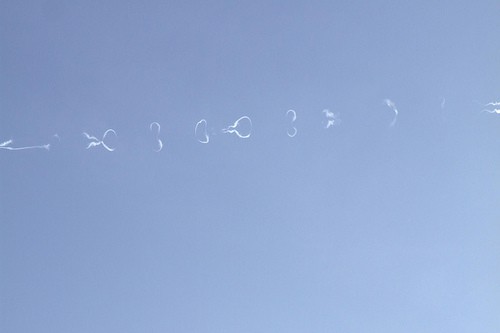 Global MARCH Against Chemtrails and Geoengeneering
Are you Still Being CONned By The Trails? #LookUp#GetMad @ #ClimateEngineering Then you will understand Why this film is so important for you to share with every one you know today. Climate change treaties and legislation will, if passed by the end of this year, lead to global governance, the disintegration of nations (including the sovereignty of Native American Nations), transfer potentially trillions of dollars of wealth into the hands of a few at the expense of many and allow an unelected body (IPCC) to intervene and micro manage our lives.This legislation/treaty, which is a violation of The U.S. Constitution, If passed, will most likely lead to the legalization of geoengineering which in turn will prevent lawsuits, establish global governance start a public propaganda campaigns to influence the public’s support, create open funding for such programs and therefore make it exponentially more difficult to stop.Also, because geoengineering is being sold as the quickest and most cost effective step in addressing the issue of climate change, it is almost certain that climate treaties will include the legalization of these very damaging programs. Again, it is essential that we address the legislative attempts based on co2/global warming which will most likely lead to the legalization of these damaging programs.

Because geoengineering has, to date, not been included in climate models and therefore makes it impossible to determine if the planet is warming, it is imperative that we demand that the ongoing global geoengineering programs be stopped for a period of five years before any more climate change talks, legislation and mandates are enacted.

Also, because California has moved forward with several climate laws sourcing co2 as the cause of the changes in our climate, it is also important that we demand that all current mandates are immediately rescinded. Again, because geoengineering is a major factor in climate change and is missing in all climate models, it therefore makes all climate models flawed, inaccurate and also fraudulent. We strongly believe that our strategy to get these programs stopped must include blocking the legislative measures/climate treaties.

Join Us For The Global Campaign to Ban Climate Engineering Everywhere !