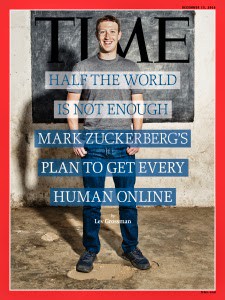 As people go about their day, happily sharing their pics and thoughts on Facebook, much more than meets the eye is at work.

Putting the entire planet online… then controlling everything they see or read.

The Western media has attempted to portray Mark Zuckerberg’s ambitious plan to get every human being online as altruistic at first, but later revealed as simply what could be called “profitable empathy.” In reality however, the truth is much more sinister, with Facebook already revealed to be much more than a mere corporation run by Zuckerberg and his “ideas”
Facebook is the pinnacle of social engineering, an online operant conditioning chamber – also known as a Skinner box – that is being used to track, trace, document, and manipulate half of the entire online population. Despite users attempting to utilize Facebook to connect and communicate with individuals and organizations of interest, Facebook has turned its features against users, insidiously manipulating their timelines to show selected posts and updates while “soft censoring” others to manage public perception.

“Studies” have even been published proving the effectiveness of Facebook’s unethical social engineering. In one study, the emotions of users were successfully manipulated by selectively posting only negative or only positive posts from individuals or organizations on users’ contact lists.

A report published in the Proceedings of the National Academy of Sciences of the United States of America (PNAS) titled, “Experimental evidence of massive-scale emotional contagion through social networks,” stated in its abstract that (emphasis added):

We show, via a massive (N = 689,003) experiment on Facebook, that emotional states can be transferred to others via emotional contagion, leading people to experience the same emotions without their awareness. We provide experimental evidence that emotional contagion occurs without direct interaction between people (exposure to a friend expressing an emotion is sufficient), and in the complete absence of nonverbal cues. Not only are the findings troubling – illustrating that Facebook possesses the ability to influence the emotions of its users unwittingly through careful manipulation of their news feeds – but the invasive, unethical methods by which Facebook conducted the experiment are troubling as well.

In another experiment Facebook manipulated the news feed of some 2 million Americans in 2012 in order to increase public participation during that year’s US presidential election.

Facebook was also an official sponsor of the US State Department’s training program preparing political subversion across North Africa and the Middle East years before the so-called “Arab Spring” unfolded. The very activists audiences around the world were told “spontaneously” sprung up across North Africa and the Middle East were in fact trained, funded, and equipped by the US State Department and various corporations including tech giants Google and Facebook years beforehand.

Turning a Network of Information into a One-Way Propaganda Pipeline
The implications of an Internet commandeered by a conglomerate of Wall Street and Washington special interests is the mitigation of user-driven content and the retrenchment of information consumerism.

Television “programming” could be perceived as both the process of programming what will appear on TV, but also could be perceived as programming the minds of those consuming television. TV, being a one-way process, effectively eliminates competing ideas and limits the scope of information down to only what those who control television networks want audiences to see and hear. It is clear that Facebook is part of a process to turn the Internet into a similar one-way experience.

As a result of Facebook’s successful experiments in social engineering, including the very successful political subversion carried out across the Arab World – subversion still ravaging the region to this day –  Facebook and the corporate-financier interests behind it seek to put the entire planet within this increasingly insidious, pervasive, and one-way network.

The Bait and Switch

Time Magazine’s article, “The Man Who Wired the World,” claims Facebook’s “crusade” to get the entire human population online is merely business. What is described however is a global campaign to produce content offline users will care enough about to get online, where Facebook believes it will be only inevitable that they end up on Facebook as well to share that content. Time’s article would state specifically (emphasis added):

Here’s the idea. First, you look at a particular geographical region that’s underserved, Internet-wise, and figure out what content might be compelling enough to lure its inhabitants online. Then you gather that content up, make sure it’s in the right language and wrap it up in a slick app. Then you go to the local cell-phone providers and convince as many of them as possible that they should offer the content in your app for free, with no data charges. There you go: anybody who has a data-capable phone has Internet access—or at least access to a curated, walled sliver of the Internet—for free.

This isn’t hypothetical: Internet.org released this app in Zambia in July. It launched in Tanzania in October. In Zambia, the app’s content offerings include AccuWeather, Wikipedia, Google Search, the Mobile Alliance for Maternal Action—there’s a special emphasis on women’s rights and women’s health—and a few job-listing sites. And Facebook. A company called Airtel (the local subsidiary of an Indian telco) agreed to offer access for nothing. “I think about it like 911 in the U.S.,” Zuckerberg says. “You don’t have to have a phone plan, but if there’s an emergency, if there’s a fire or you’re getting robbed, you can always call and get access to those kinds of basic services. And I kind of think there should be that for the Internet too.”

Already, these free applications include Western-driven agendas and of course access to Facebook which is now confirmed to be insidiously manipulating user perception.

Indeed, while “free Internet access” through such apps seems “liberating” and “empowering,” Facebook does not let users freely share content. Under the guise of managing cluttered timelines for users, Facebook has already begun involuntarily filtering what posts users will see from accounts they are following, indicating that their manipulative experiments have now become a permanent matter of policy. Facebook’s own explanation of this policy is as follows:

Rather than showing people all possible content, News Feed is designed to show each person on Facebook the content that’s most relevant to them. Of the 1,500+ stories a person might see whenever they log onto Facebook, News Feed displays approximately 300. To choose which stories to show, News Feed ranks each possible story (from more to less important) by looking at thousands of factors relative to each person.

Facebook’s “world plan” then, seeks to plug the entire human population into a highly manipulative Skinner box through a bait and switch campaign to lure people online to seek what interests them before Facebook takes over and displays information Facebook itself determines “interests them.”

Far from a college kid with an overgrown corporation, what Facebook is doing is the manifestation of every tyranny’s dream scenario since the beginning of human history – a means by which to completely and insidiously manipulate and control the minds of its subjects.

To counteract what is clearly the next step in Facebook’s unethical and unchecked plague-like spread across the Internet, nations individually should produce their own alternatives to Facebook and work to get their populations online on their own terms before Facebook and the interests driving it do. Likewise, locally, communities must begin devising their own information networks including mesh networks and local Internets with local and open source alternatives to Facebook, Google, and other corporations exercising the same unwarranted power and influence online that bankers and industrialist exercise over traditional society.