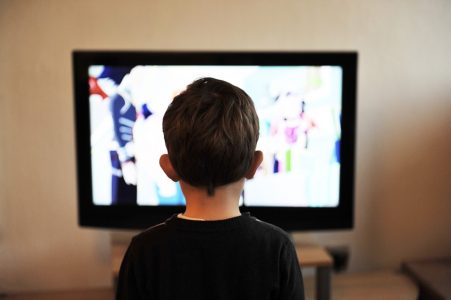 In the summertime, walking my dogs after dark, I notice the flicker of a TV coming from nearly every home. Nightly programming. As the windows emit rhythmic patterns of light I often get an unsettled feeling that I’m witnessing something even more sinister than what we’re recently becoming aware of. Most of us know we’re being fed some level of subliminal messages. We joke about it. We try to limit our time watching TV, but still we watch.

(The Real Agenda) Let’s keep the conspiracy to control your brain as simple and as close to the scientific realm as possible.

It has been proven, scientifically,  that it is possible to physiologically manipulate a person, or masses of people via unrecognizable stimulation of weak electromagnetic fields.

According to some studies, this is done by “pulsed certain frequencies near ½ Hz or 2.4 Hz” to alter a subject’s state of mind and sensory resonance.

This type of manipulation of the human nervous system has been achieved, according to patent US6506148 B2, by fitting monitors or creating images that are then projected to people at sufficient amplitudes to cause a state of suspended disbelief.

According to research presented as part of application number US 09/872,528, from the patent cited above:

“It is therefore possible to manipulate the nervous system of a subject by pulsing images displayed on a nearby computer monitor or TV set. For the latter, the image pulsing may be embedded in the program material, or it may be overlaid by modulating a video stream, either as an RF signal or as a video signal.”

The pulsing of different frequencies, all of which remain between ½ Hz or 2.4 Hz for the purposes cited above, can be done by using rudimentary equipment, considering today’s technological standards.

As explained by the study linked to above, displayed images are pulsed with subliminal intensity, which means that subjects receive the waves unknowingly and get to that state of suspended disbelief without any previous warning.

How does the manipulation work?

One of the ways in which the nervous system is manipulated includes the use of a monitor (TV set, computer screen, cell phones, tablets) that attracts the attention of the subjects.

The monitor emits a specific electromagnetic field as people concentrate their attention on the image being displayed.

After some time (it depends on the frequency being used), and with people’s attention being almost totally fixated on the image, people experience a sensory resonance frequency that can be created by several methods. Among them are:

The other method involved the use of software to manipulate the nervous system.

“Electromagnetic fields display an image by virtue of the physical display process, which results in cutaneous nerves firing spontaneously and having spiking patterns.

According to research, the computer program is comprised of:

The unwanted and unnoticeable spiking of the nervous system via the manipulation of frequencies is shallow and therefore undetectable to the person being experimented on.

An observed physiological effect of nervous system manipulation as described earlier, with a ½ Hz sensory resonance is the slight drop of the upper eyelid, also known as ptosis.

The success of nervous system manipulation seems to be based on its two-prong approach. While the conscious human brain is being distracted with the content of a movie, a TV show, a soap opera or a cartoon, the unconscious brain is being fed, either through the message in the movie, or through electromagnetic pulses, or both, with a number of messages that the conscious brain cannot alert us about.

A super spectacular scene in a movie where stuff flies all over the place, for example, catches just enough of a crowd’s attention to, stealthily implant some messages in the unconscious victim.

The admitted manipulation of the human mind

The continuous stream of violence, sex, and other questionable actions shown in movies and TV shows, has, for decades, desensitize the public so that when similar acts occur in real life, their response is, you guessed it, suspended disbelief. That means, the public can no longer react the way they would have naturally done it had they not been continuously exposed to violence or sex.

Psychologically speaking, this explains why people have grown more tolerant to violence, rape and other types of social conduct that in the past would have been utterly rejected by most people.

Many psychologists believe that the effective manipulation of the nervous system and / or the unconscious brain is what has made our society a blood-thirsty one.

The more exposure to violence, sex and crime, the more acceptance and tolerance there is for them. It is like a snowball rolling down a steep hill.

The intentional manipulation of the unconscious brain has been via movies and TV shows has been admitted openly by Hollywood movie producers.

“We’re constantly calculating where we think the audience’s eye is going to be, and how to attract it to that area and prioritize within a shot what you can fake,” said Jon Favreau, who directed the movie Iron Man 2.

A third important component of the explicit manipulation of the human being is of course propaganda. This method is even more pernicious, as people often fail to recognise it in their daily lives. It does not require technology or media, but the implantation of a message.

“From terror attacks to bursting real estate bubbles, from crystal meth epidemics to online sexual predators and poisonous toys from China, our list of fears seems to be exploding. Yet we are the safest and healthiest humans in history,” says author Daniel Gardner in his book “The Science of Fear: How the Culture of Fear Manipulates Your Brain“.

After working with risk science analysts, Gardner explains that “understanding our irrational fears frees us from political and corporate manipulation, and makes our choices better.”

But what can people do about the unconscious manipulation of the nervous system?

The first and most important step that anyone can take to stop both the conscious and unconscious manipulation of the nervous system and the brain, is gaining consciousness about this types of manipulation.

The second step is to disconnect. That is, to abandon the media ghettoes where manipulation occurs. Those include television, social media, Hollywood movies, TV shows, cellphone-based content and others. Although it is impossible to completely detach yourself from it, it is indeed possible to reduce exposure to a minimum.

While the first two steps will yield immediate results, there is third step that is even more important. That third step is understanding your human mind.

“Introspection, which involves you concentrating on your own thought processes, and discovering how they operate. It’s as though you have an eye in your mind that gives you direct access to your mental landscape, just as your real eyes give you direct access to the world of vision. Through introspection, for example, you might explore the nature of your beliefs and feelings, or why you choose one course of action over another. This approach is sometimes called “folk-psychology” or common sense intuition”, explains James Fieser in his book “Great Issues in Philosophy”.

The fourth step includes bringing the introspection to the conscious mind. “The mind is an intricate configuration of many specific operations, but its foremost feature in human beings is consciousness,” says Fieser. “Granted that you know what your own consciousness is, there are some things that we can say about what it does.”