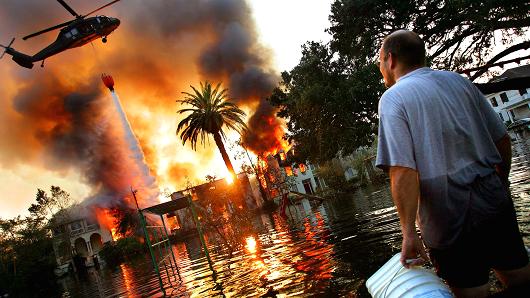 “What kind of malevolent weather tampering caused our jet stream to wreak this havoc? Disaster capitalists are making a whole lot of money from this catastrophe.

Category 4 Hurricane Harvey may pelt up to 50 inches of rain on Texas. 9 reported dead. It may take weeks or months before the region is habitable. The National Hurricane Center has said it is one of the most extreme weather events in U.S. history.” ~ Suzanne Maher

The term “Chemtrails” was originated by the USAF Academy in circa 1990 as the title of a chemistry course. The content of the book “chemtrails” is consistent with what we now know is the applied technology used in advanced and covert climate modification systems and sold to the public as “climate change” – or previously “global warming”. – Harold Saive 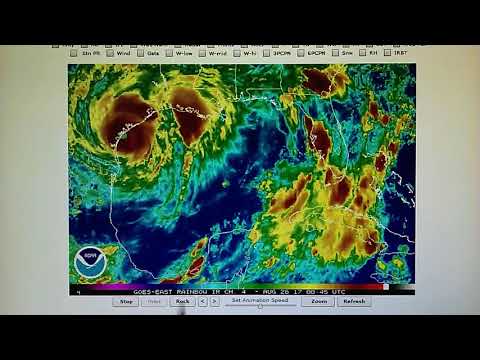 HURRICANE HARVEY is Houston’s Katrina… Only Much Worse!

Friday, Aug 25th, 2017:  Looking at the SSEC Watervapor map on a 28 hour loop, we see that hurricane Harvey was being targeted with microwave RF sufficient to temporarily destroy the eyewall’s organization at two separate times in this loop as the storm advanced in a Northeast path toward Texas. In the previous two videos we show the distinct markings of the microwave transmitter targeting Harvey, superheating various areas near its center which generate pressure waves and ‘blast’ patterns while disrupting the convective process in the storm.

Simply put: this storm was allowed to move into Texas unimpeded and cause millions of dollars in property damage and possible fatalities.

A major hurricane has not hit the Gulf coast area in many years because of the same covert weather control operation that has been occurring unreported until about two and a half years ago when this channel began daily reports showing how weather manipulation in the form of satellite-based microwave and/or laser transmitters are used to generate on-demand high pressure to steer and/or super-heat and kill large storms and hurricanes. Ground-based microwave transmitters (NEXRAD) are also employed to break up and evaporate precipitation from the ground.

‘Chemtrail’ aerosols are sprayed in the skies preceding incoming weather fronts or moisture fields in order to cause a capping inversion layer over the moisture field which prevents atmospheric lift necessary for the precipitation process while also lowering the RH and Dew points in the atmosphere.

All three of these elements of covert weather control are coordinated by a small group of people connected with the NOAA, Dept. of Defense, Defense Meteorological Agency, and NASA. Raytheon / Boeing build much of the satellite hardware used to generate the high power microwave RF. 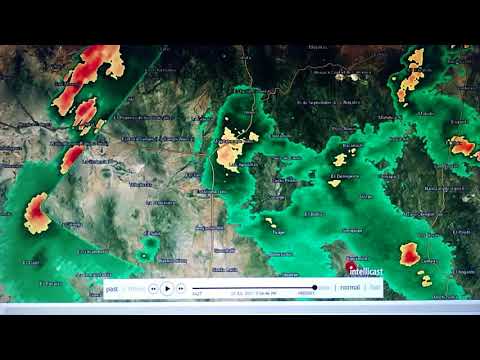 (Mon, 8/28/17) Tropical Storm Harvey has been stalled in place with high pressure on its North side, West side and East side. On the North side there is an upper level low pressure system. On the East side, a large disturbance is developing with a good chance of hurricane formation in 48 hours. On its West side the system is blocked as well. Looking at the pressure maps there are a lot of squiggly isobars indicating turbulent airflow patterns, which are being caused by these microwave transmitters forcing descending air into weather systems to either generate blockades or to destroy supercells. This descending air activity near the center of Harvey is causing tornados in the SE Texas area.

A very similar situation occurred with hurricane Joaquin September 30 through October 5, 2015. Joaquin was stalled in place and its moisture flow drowned South Carolina for three days straight. This channel covered that storm. Watch the videos.

Officials in Texas said Monday afternoon that at least nine people appear to have died as a result of the storm battering the state. That toll includes six people in Harris County, home to Houston; one person in Rockport, near where Harvey made landfall; and another person in La Marque, near Galveston.

Authorities expect the toll to rise as rescue efforts continue and more rain, rising rivers and surging floodwaters pummel the Gulf Coast. Forecasters say up to 20 inches of additional rain could fall on parts of Texas and Louisiana by Thursday.

About 2,000 people had been brought to safety with more still in need of help. Yet even with several deaths attributed to the storm, the full toll of Harvey’s destruction remained unclear in Houston and across Texas and Louisiana, with officials warning that the flooding would linger and saying more than 30,000 people would be forced from their homes.