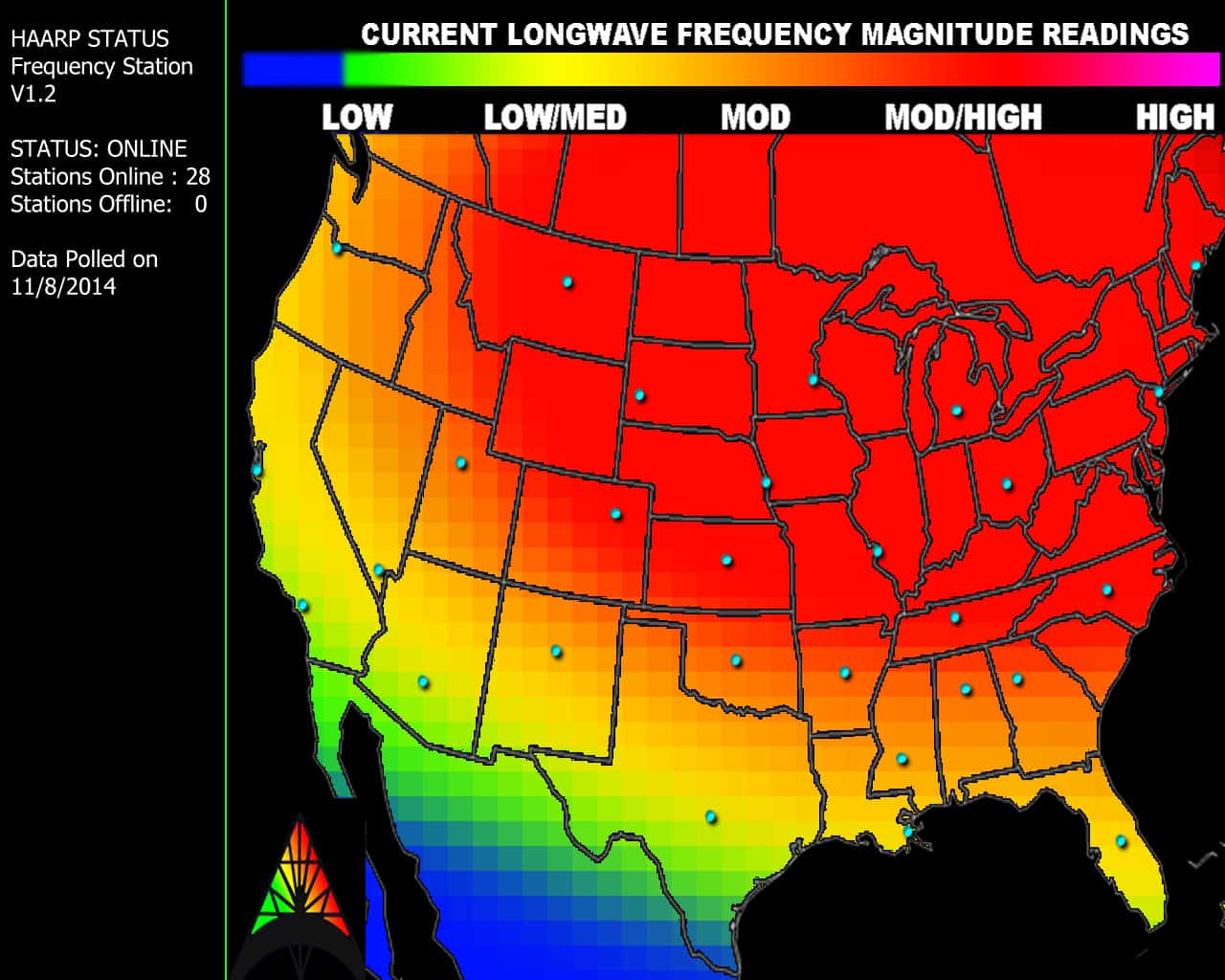 Alert Zones:  The entire USA and Canada, not including West and extreme Southern States.

Our network reporters are reporting what may be the largest HAARP attack in terms of coverage over the United States since the project began recording.

Yellow – Slight change is expected, but overall the weather pattern is not being affected.
Orange – Change is expected and the reading indicates between then and and a few days it will happen. This is considered a moderate reading, which if a short spike can be a nearby event such as severe weather, unexpected lightning, or a tornado.
Red – Significant change is expected. Anything over M7 is rare and special attention must be directed when readings go seven and higher. Severe storms are associated with this reading and so are Earthquakes, which if a short spike can be a nearby event and a long duration and slow build being a large scale change.
Pink – Associated with tornado outbreaks and/or major severe weather events that cause widespread damage. This also can be strong hurricanes and blizzards.
White – Only seen a few times, one of the times was Hurricane Sandy, many days before she formed.  This is the highest of the alerts, considered off the charts.