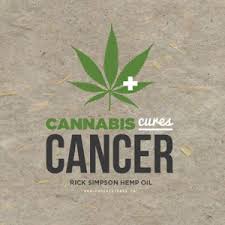 In this outstanding just released video from John B. Wells and Caravan To Midnight with Dr. Rick Simpson, you’ll hear all about what the ‘men behind the curtain’ don’t want you to know. If you learned there was a secret that America could use to defeat the New World Order and restore health, vitality and economic prominence to our country once again, wouldn’t you want to know what it was so you could share it with everybody?

While agencies of the US govt. and various news agencies and reporters talk badly about the amazing benefits of marijuana and the hemp plant, you won’t find that here. From healing cancer to regaining control over the care of our own health, the medical benefits are just a few of the outstanding benefits of this plant that may leave Americans once again chanting “Hemp For Victory!”

Dr. Simpson joins John in this excellent interview in which John reminds us immediately why a plant that has been on our planet for much longer than man’s laws remains illegal across much of America.:

“The current restrictions against hemp were put in place and maintained, not because hemp is evil or harmful, but for big money to make more big money, while we suffer and die needlessly. Look at a proposal such as this; if we were allowed to grow hemp in our back yards and cure our own illnesses, what do you think the reaction of the pharmaceutical industry would be to such a plan? Many large pharmaceutical companies that still exist today sold hemp based medicines in the 1800′s and early 1900′s. They knew then what I have recently found out. Hemp oil if produced properly is a cure-all that the pharmaceutical industry can’t patent.”