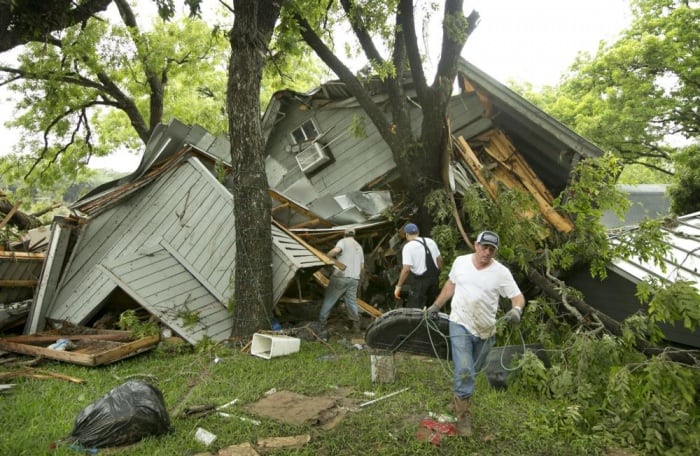 Less than 24 hours after I posted my Preparedness Pop Quiz that encouraged people to get off their butts and get prepared for the unexpected, an extreme, historic wave of torrential rains slammed Texas and Oklahoma. All of us in Central Texas rode it out as the sky darkened to almost nighttime conditions, then dropped a cloudburst of rain that was so thick at times, you couldn’t see twenty feet in front of you.

Hundreds of homes were swept away. You can see some of the photos at this link on TheGuardian.com.

At least five people are known to have died, with a dozen more missing. One family’s house in Austin was swept off its foundation, killing a mother and her two children while the husband and the family dog survived.

Hundreds of families lost all their possessions as their homes imploded and crumbled under the weight of “a relentless wall of water” as the Governor of Texas described it.

Natural News is currently organizing an emergency food aid effort to donate preparedness foods to the families affected. We’ll keep you posted on this effort…

The bodies of a 14-year-old boy and his dog were found in a storm drain on Monday morning in the Dallas suburb of DeSoto, police said. Two other people killed in the storm were described as an unidentified man found dead from the flooding in San Marcos, Texas, and in Oklahoma, a firefighter who was swept into a storm drain.

A possible fourth person killed was reported by the New York Times, which said a Tulsa woman died on Saturday after her automobile hydroplaned on a highway.

Roadways were impassable, stranding travelers by the thousands. As the waters rose, many people had to abandon their vehicles and escape on foot. 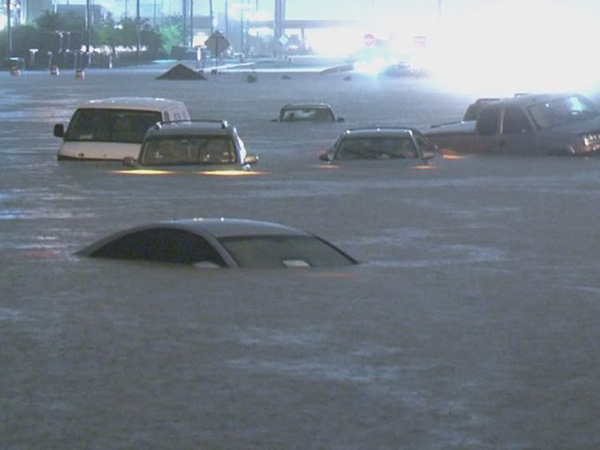 And it’s not even over yet: More severe weather is expected all week long. The same weather radicalization that has thrust California into a drought, it seems, has brought near-biblical flooding to Texas and Oklahoma.

My prayers go out to all those individuals and families who have been hurt by these floods. 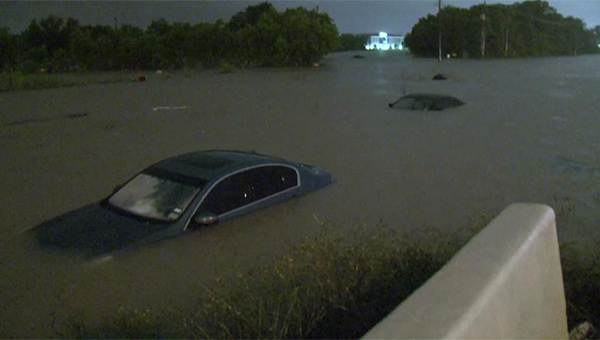 Another urgent reminder to be prepared

Although no person can be 100% prepared against everything, the people who survived these floods kept their wits about them and paid attention to what was happening. Just as I mentioned in my Preparedness Pop Quiz yesterday, certain skills and gear helped people avoid injury or death:

• Owning a reliable, waterproof tactical flashlight was absolutely essential, as the power grid failed in many areas, thrusting homes into darkness just as the flood waters arrived.

• Having an emergency bug out bag in your vehicle was a key preparedness strategy for those who had to abandon their vehicles and flee on foot.

• Possessing emergency first aid and medical skills was also extremely important, as many people suffered injuries from being hit by debris in flood waters.

• The ability to navigate on foot, possibly with a compass, was also extremely valuable. Many people had to abandon their vehicles in areas unfamiliar to them. It’s astonishingly easy to lose your sense of direction inside a thunderstorm. Those who could keep their senses and navigate on foot were able to seek shelter more easily.

• In the aftermath of these natural disasters, there’s always a wave of looting. Houston, in particular, is highly vulnerable to looters seeking to profit from partially destroyed homes. In these cases, the ability to defend your life and property becomes extremely important, and the best way to accomplish that is to own a firearm and know how to use it. (Yes, looters don’t care that you’ve just been through a disaster. They’ll steal from anyone they can…)

As devastating as these storms and floods have already been, they’re nothing compared to the nationwide social chaos that’s coming. The entire nation is just one “currency event” away from the kind of financial collapse that sends people into the streets with a sense of extreme anger.

We don’t know exactly when such an event will arrive, but we know its arrival is inevitable. We know that central banks operate like criminal enterprises, and we know that governments will sooner or later default on every fiat currency they create.

We also know that with 109 million Americans now on government food assistance, a loss of the government’s ability to keep funneling free money to one-third of the nation will result in mass social chaos when the free money musical chairs comes to a halt.

We know that the U.S. military is training on domestic soil for martial law operations, and we know that DHS has purchased billions of rounds of ammunition to use domestically (DHS does not operate overseas). There is no question that the federal government believes widespread social chaos is coming, and it simultaneously believes that large cities will explode with uncontrollable violence, looting and mayhem.

This is why you’d be wise to revisit my Preparedness Pop Quiz and check your own score. If you score anything under 20 points on the quiz, you’re probably not going to survive what’s coming. (Fortunately, most Natural News readers probably already score above 30 on the quiz.) Aim for a preparedness score of 50 or more if you really want to be ready for the unexpected.

Just as many people unfortunately encountered last night in Texas, disaster can arrive unannounced and almost instantaneously. If you aren’t prepared in advance, your odds of surviving it are extremely diminished.