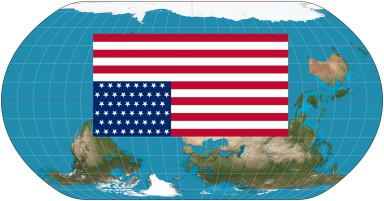 Remember the time when justice prevailed and when right was right and wrong was wrong?
Well, those days are pretty much over as evil continues to increase in this world and it’s accepted by more and more brain washed people.

How did all of this begin?

To make a long story short, there exist groups of global elites that have completely sold out their souls to the dark side in exchange for money, power, and control.

Just like Satan tempted Jesus on (Matthew 4:9 & Luke 4:7 KJV) & offered him all of the kingdoms of the earth and the glory therein; Satan has made the same offer to others that found Satan’s offer to tempting to refuse.
These same groups of men and women are the ones running the world, through politics, the entertainment industry, sports, and all other aspects of society.

These are the lower level types of closet Satanist. The higher levels consider themselves to be from the bloodline of the Nephlim; which are the offspring of the fallen angels spoken of on Genesis 6 who intermingled themselves with women. These higher level Satanists who like to called themselves “Luciferians” are families like the Rothschild, the Rockefellers, and the Royal family of England; just to mention the main ones out of 13 bloodlines.

These are the movers and shakers of world events and the true globalist that controls the lower level ones like the ones just mentioned above, like the politicians, entertainers, and other people of influence that arrived at their respected positions by selling their souls to Satan.

The high level globalists have direct contact with Satan. This is how they receive their orders of what to implement and how to do it.
These orders are then passed down to the lower level ones which are their puppets for doing their work, while they stay behind the scenes.

What we see on TV are their puppets. Whether it
be movies, music, politics, news, sports, you name it, all is controlled and orchestrated with a specific agenda in mind. Movie scripts, music lyrics, news scripts, and all talk shows like Oprah are created to sway your way of thinking.

Soon you’ll be sympathetic with the themes of the movies you see and believing the news that you hear from the mainstream media, while agreeing with the talk shows that you tune in to watch on your TV. They all have a theme and an agenda that they want you to agree with before they implement their satanic (dis)order.

Controlling your mind without you realizing that it’s being controlled!

For what end purpose?

To bring a one World Satanic Order in which no rights exists only pure devotion to the satanic dictator ruling over you.

Those who’ll resist will be killed just as we seen in past history.

Oh that’s right, let’s not forgets that these Satanists also control the public education system and are the reason why newer generations are not being taught true history but rather are being indoctrinated into accepting the new world order super dictatorship system.

So what does Satanism teaches?

Satanism teaches that you can do whatever you want. That there are no rights and no wrongs neither consequences to your actions.

They’re also real big in homosexuality and sodomy. They are required to often sacrifice both animal and human life. (Have you noticed the homosexual push in the media? – How about wars which is the elite’s way of sacrificing humans? – How about laboratory diseases that have killed thousands of animals?)

Satanists like to promote that which is evil and pass it as something good and wholesome that should be celebrated by everyone. (Have you noticed how Bruce Jenner its being celebrated? – How about when the president calls a person to congratulate them for coming out of the closet?)

They also like to promote ungodliness, like what is good is really bad, what is
bad is really good, and that if you’re a man you should really be a woman etc.
The truth is that if someone is not living their life right, there will be demonic influences in that person’s life that will make that person feel that he or she is really the opposite sex inside the wrong body. This is called demonization.

If a person fills their mind and time with demonic activities, he or she will become demonized with a dominating evil spirit that would exploit that person’s main weakness.

For instance, if a person fills their minds with violent video games, movies, and music, a demon of murder will enter this individual and this individual eventually will have no problem in taking another human’s live.

But what if the victim is a small child without any concept of right or wrong?

To the elite that’s even better, that’s like taking a clean hard-drive and programming it with all the junk you want.
Now, apply this to the public school system being run by these Satanists
Your small child who is just barely learning of life is being told in school that he could be a she and that there are no differences in sexes. 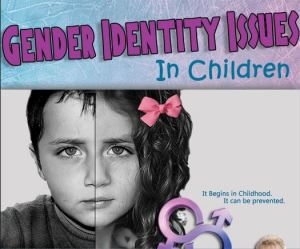 What do you think could happen?

A spirit of confusion could enter this child that would tell him that he is really a girl inside a boy’s body and that he needs to get surgery in order to fix this mistake of nature. Does that mean that all children will have the same spirit of confusion telling them the same things?
No, Satan it’s not stupid. Other children will have their spirits of confusion telling them that it’s OK to accept little Johnny over there who thinks he’s a girl and to accept transgender people in general and (things of this nature.)

While other spirits will tell other boys or girls that it’s OK to hook up with a same sex partner. Same spirits of confusion influencing different levels of confusion that will spread throughout society and serve a specific function.

What does confusion mean?

The word confusion is made of 2 words “con” and “fusion”
“Con” it’s Latin for the word “with” and “fusion” means to join two or more things together into once single entity.

Notice anything on this satanic goat on Mendez entity?

We have a goat, mixed with the body of a man. We know the body is of a man because we can tell from the shoulder structure and by the muscularity of the arms, but then we have there in the mix female breasts which is a symbol of femininity of course.

That is literally what confusion is (a mixture, – a fusion of different elements to create a totally different one.)
Isn’t that what we’ve been bombarded with lately on television?
Men with bodies of women?

How about women with bodies of men?

The fusion and the mixing doesn’t stop there, how about characters like “spider-man”? The idea that a man could be mixed with a spider and have super cool powers that of course will “be used for the good of humanity”.

That, of course, leads us into the subject of transhumanism.

The idea that man can become other than human and evolve into something totally different from humanity by fusing themselves with animals in order to create super human hybrids. Genesis 6 anyone?

What does God has to say about a world going backwards from its normal moral ways?

“Thou hast forsaken me, saith the LORD, thou art gone backward: therefore will I stretch out my hand against thee, and destroy thee; I am weary with repenting.” (Jeremiah 15:6 KJV)


And finally, I leave you with this to think about:

Its called a word upside down!

“Woe unto them that call evil good, and good evil; that put darkness for light, and light for darkness; that put bitter for sweet, and sweet for bitter!” (Isaiah 5:20 KJV)

What if………, just what if as a result of the world accepting evil & celebrating it as something good while good is outlawed as something evil; what if this leads to a literal upside down world like a pole shift?

Wouldn’t that make sense that if the spiritual state of being of the world’s population have a spiritual pole shift that a literal global pole shift would follow?

Well, that would explain God’s prophecy in Isaiah 24:20 KJV

“The earth shall reel to and fro like a drunkard, and shall be removed like a cottage; and the transgression thereof shall be heavy upon it; and it shall fall, and not rise again.”