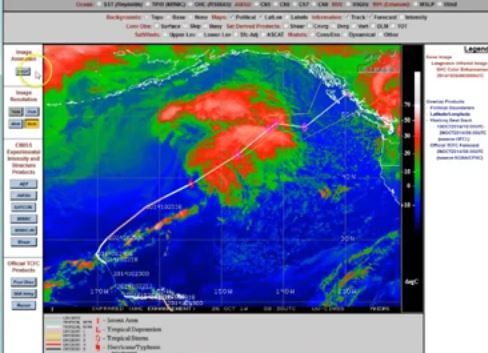 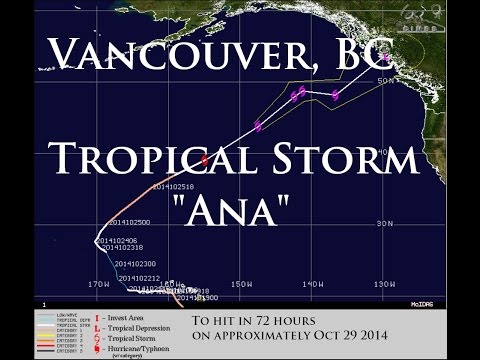 Hurricane “Ana”, which grazed Hawaii as a Category 1 storm, has made a strong turn BACK to the Northeast.. being pulled by a large low pressure system far to the North, the storm has held together on the leading edge of the low, and is now set to hit near Vancouver British Columbia Canada!

We don’t see tropical systems come this far North very much in the Pacific.