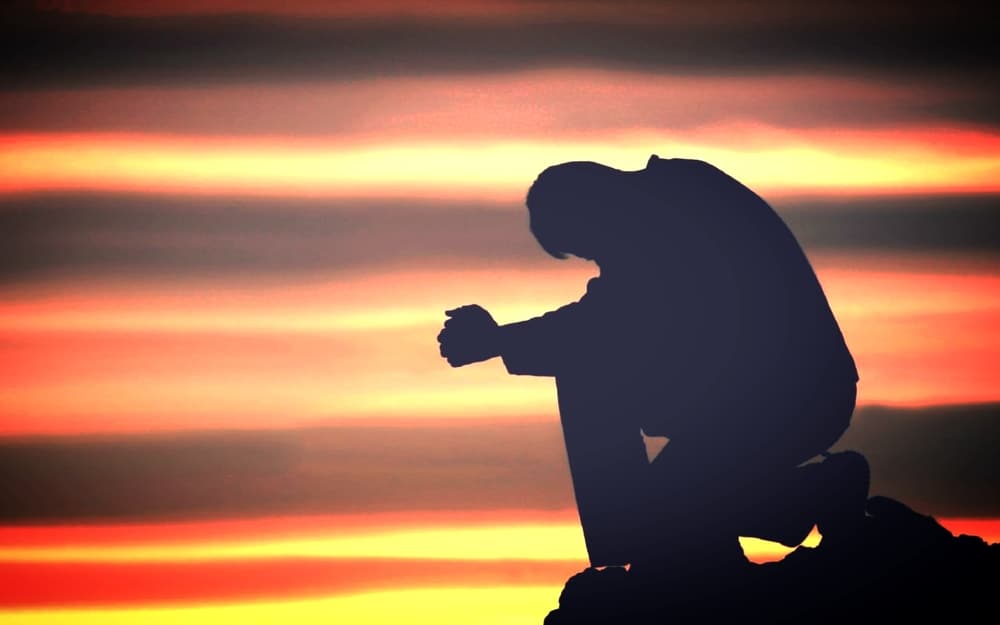 In the last few weeks, we have seen an upsurge in the kind of struggles this article speaks of, so we are reposting it. We believe it will be a relief to many of you, as you discover not only why you are struggling, but that you are not alone.  It will also bring hope, for through all of this, God has His plans.  The blessings to come will be more than worth your present struggles.

In August, after a weekly prayer gathering in Coeur d’ Alene, Idaho, I felt prompted to ask one of its leaders a series of questions: “Have you been waking up at night feeling as if you are being physically choked?” “Have you been feeling like you have nothing to offer?” “Have there been days when you could not focus, when you wondered, ‘Why can’t I think?'” “Has this made it difficult to plan, organize, or get anything done?” He answered, “Yes,” to all of this. I explained that this was a demonic attack, and suggested that he was not alone, for I sensed that this was coming against intercessory prayer warriors everywhere.

I also felt prompted to ask if people in his ministry had found it difficult lately to hear God. He said they had. I had sensed that this, too, was happening to prayer warriors everywhere. But I explained that this particular difficulty was not the work of demons; it was God’s doing. Lately, God is not speaking as much to His prayer warriors as He has in the past. Instead, He wants us to draw near and soak in His presence (I’ll explain why later). I told my friend that if his people would first spend a significant portion of every prayer meeting silently soaking in God’s presence, toward the end of some of the meetings God would speak with more power and specificity than before.

A week later I had an opportunity to test these revelations. Elijah House put on its International Prayer Ministry Internship, which attracted thirty interns from seven nations — the U.S., Canada, Australia, New Zealand, Japan, the Philippines and China (that is, Hong Kong). I asked the interns the same questions I had asked my friend at the prayer gathering, and called for a show of hands. Half a dozen of them had been waking up feeling choked, and the majority, from nearly every nation represented, said yes to all the other questions. Since then I have learned that these phenomena are occurring among prayer warriors of every denominational background — Protestant Catholic and Orthodox.

Lately, it appears that there is another upsurge these trends. For that reason, we are reposting this article. But before I go into more detail…

A word of balance about spiritual warfare:

2 Corinthians 2:11 says that awareness of Satan’s schemes can prevent him from taking advantage of us. But when God reveals his schemes in detail, how can we keep from falling into what the early Church called the Manichean heresy — the idea that God and Satan are locked in a nearly evenly-matched battle for supremacy? The answer is to stand firm in the knowledge that although we are, indeed, engaged in spiritual warfare (Ephesians 6:12), the war is essentially over, as Colossians 2:15 (NIV) makes clear: “Having disarmed the powers and authorities, he made a public spectacle of them, triumphing over them by the cross.” How can we call it a true “war” when our enemy can do only what our General permits? Demons have no power that God does not allow. Surely if God permits attack, He allows it only to accomplish His own purposes. So when attack comes, our cry should not be the cry of the Manicheans: “Oh no, we’re under attack! Batten down the hatches!” Too often, prayer warriors come under this kind of siege mentality. Rather, we should enquire of God, “What are Your purposes in allowing this?”

Having said that, to help you make sense of why you have been feeling what you are feeling, I offer the following — first, regarding the Devil’s schemes, then, far more importantly, regarding God’s purposes.

The following three demons have been opposing prayer warriors everywhere:

— One that chokes off your prophetic voice: this demon is so strong that it sometimes even registers in the physical realm, causing some to awaken feeling choked. Whether or not you feel it physically, be aware that it wants to choke off your life as a prayer warrior. Its goals are twofold:

—    to try to choke off your ability to drink in God’s presence and love.

—    to try to choke off your prophetic voice, so you cannot speak out what God will give you to say.

— One that tries to get you to believe you have nothing to offer: it does this to tempt you to stop interceding in prayer. Many feel this demon’s presence as a weight coming down over their head and shoulders. Some even feel as if their head is being almost physically pushed down, as if they are being made to stare at the floor in shame.

— One that makes it hard to think, plan, organize or get much of anything done: it causes you to wander through the day unable to focus. Its purpose is to try to prevent those who pray from finding God’s vision for intercessory prayer.

Collectively, these demons try to…

— Bring on profound discouragement. Even the slightest setback can feel like a catastrophe, and the smallest mistake can cause you to feel like you are an utter failure. These demons are relentless; just as you manage to find your way back to balanced perspective, they use some mistake or setback, however insignificant, to plunge you right back into despair.

— Lower your self-esteem, taking advantage of God’s silence to tempt you to lust after prophecies and supernatural experiences that will make you feel overly important. Resist this temptation.

— Use discouragement to tempt you to slide back into old patterns. This can include lies you might have prayed to renounce years ago, such as, “I have nothing to offer,” “No one could like me,” or, “I have no future.” Old patterns can include dysfunctional ways of relating to people — anger, shyness, argumentativeness, codependency, etc. Or it can include sexual sins, addictions, or any sin in which you were trapped in the past. In many cases this is being induced by counterfeiting spirits — demons that create counterfeits of problems you no longer have. They try to convince you that you still have them, and that your efforts to deal with the roots of those problems never worked. If you buy into these lies, the actual problems can return and take hold again. These demons would love to get you to fall into serious sin so that your witness is compromised.

—Tempt you to quit and drop out of doing warfare in prayer altogether.

You may ask, “Why has God been hesitant to speak…”

…especially at this time when we most need to hear Him?” Because He knows better what you truly need.

— First, He wants you to learn to become enamored with Jesus, not with the spiritual fireworks His gifts can provide. He wants to put an end to idolatry of the gifts, which has spawned so many false prophesies in recent years. If you become content with Him alone (with or without spiritual gifts), you will become a person He can trust with spiritual gifts.

— Second, He wants to protect you. I mentioned earlier that I would explain why God is speaking less often lately and is instead leading you more into soaking prayer. It is because the most potent defense against this kind of demonic attack is to spend a good deal of time in God’s safe embrace, focusing on Him, drinking in His presence and His love. God is calling us to a higher place; yesterday’s mediocre prayer life will no longer suffice; in this season of increasing spiritual warfare, it is crucial to spend more time with God than ever before — for the sake of relationship with Him, not for the pursuit of gifts. Until you become content with Him alone, prophetic words can be a distraction.

Ironically, rebuking demons can also be a distraction. At times rebuking will be needed, but too much focus on demons only strengthens them. What I am advocating through this article is awareness, not focus. Spend the bulk of your energies focusing on God in prayer, and yes, rebuke demons, but only as God prompts.

Now for the question, “What are God’s purposes in allowing attack in the first place?”

This is the answer that comes to me: those with a specific call to intercessory prayer are the vanguard of God’s army. You are like Navy Seals who establish a beachhead and make way for the rest of the army to invade. You are the first to be shot at, and the most targeted; for if the enemy can knock you out, the rest of the army may be prevented from advancing. For this reason, your boot camp has to be tougher. God, as your General, is leading you into the line of enemy fire in order to strengthen you as a warrior. He wants you to learn to resist believing lies (such as the lie that you have nothing to offer). Are you feeling tempted to run after prophecies? Take refuge in knowing God instead of in feeling important for having received a prophetic word. Are you feeling discouraged? Call someone. Are being tempted? Find an accountability partner. God is trying to get you to rely on others and not just yourself. Most of all, He is calling you to put Him front and center.

Have you given up and quit praying? Get back to your prayer group! We need you now more than ever. The powers of darkness are trying to make prayer warriors feel impotent at the very time when they are becoming most potent! The fact that these demons put so much energy into bringing you down means that there must be a very important task ahead of you! Are there unforeseen calamities which our prayers might deter? Are there specific unforeseen global blessings that our prayers might release? Almost certainly. But if God has not yet revealed to us exactly what they are, perhaps that is because if He did, we would focus on the drama of all of that instead of seeking His quiet and strengthening presence.

Once God’s presence has quieted your soul, take stock of how immensely more powerful you are than the powers of darkness

Have faith that God exercises His strength through us, His ambassadors, who act on His behalf. Surely a host of demons must have dragged down Sodom and Gomorrah. But if only ten righteous men could be found, God would have spared them from destruction (Genesis 18:14)! Surely Jerusalem was plagued with countless demons before it was taken captive to Babylon. But God said to Jeremiah, “If you can find but one person who deals honestly and seeks the truth, I will forgive this city” (Jeremiah 5:1b, emphasis added)! Think of it — you alone can save an entire city from destruction! And surely there is more than one of you.

Join together and shake off discouragement. Encourage each other to regain true perspective regarding the power of God in an increasingly demonized world. Put God front and center. Sit still. Wait for Him…there is no safer place. As simply knowing and loving Him increasingly becomes the focus of our lives, He will come to us, and He will tell us what He is calling us to do next…