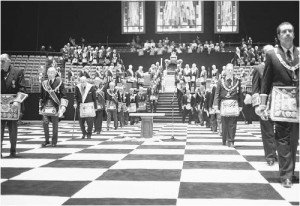 “…the State ‘has the supreme right against the individual, whose supreme duty is to be a member of the State… for the right of the world spirit is above all special privileges.'” Author/historian William Shirer, quoting Georg Hegel in his The Rise and Fall of the Third Reich (1959, page 144)

In 1847 the London Communist League (Karl Marx and Frederick Engels) used Hegel’s theory of the dialectic to back up their economic theory of communism. Now, in the 21st century, Hegelian-Marxist thinking affects our entire social and political structure. The Hegelian dialectic is the framework for guiding our thoughts and actions into conflicts that lead us to a predetermined solution. If we do not understand how the Hegelian dialectic shapes our perceptions of the world, then we do not know how we are helping to implement the vision. When we remain locked into dialectical thinking, we cannot see out of the box.

Hegel’s dialectic is the tool which manipulates us into a frenzied circular pattern of thought and action. Every time we fight for or defend against an ideology we are playing a necessary role in Marx and Engels’ grand design to advance humanity into a dictatorship of the proletariat. The synthetic Hegelian solution to all these conflicts can’t be introduced unless we all take a side that will advance the agenda. The Marxist’s global agenda is moving along at breakneck speed. The only way to completely stop the privacy invasions, expanding domestic police powers, land grabs, insane wars against inanimate objects (and transient verbs), covert actions, and outright assaults on individual liberty, is to step outside the dialectic. This releases us from the limitations of controlled and guided thought.

When we understand what motivated Hegel, we can see his influence on all of our destinies. … Hegelian conflicts steer every political arena on the planet, from the United Nations to the major American political parties, all the way down to local school boards and community councils. Dialogues and consensus-building are primary tools of the dialectic, and terror and intimidation are also acceptable formats for obtaining the goal. The ultimate Third Way agenda is world government. Once we get what’s really going on, we can cut the strings and move our lives in original directions outside the confines of the dialectical madness. Focusing on Hegel’s and Engel’s ultimate agenda, and avoiding getting caught up in their impenetrable theories of social evolution, gives us the opportunity to think and act our way toward freedom, justice, and genuine liberty for all.

Today the dialectic is active in every political issue that encourages taking sides. We can see it in environmentalists instigating conflicts against private property owners, in democrats against republicans, in greens against libertarians, in communists against socialists, in neo-cons against traditional conservatives, in community activists against individuals, in pro-choice versus pro-life, in Christians against Muslims, in isolationists versus interventionists, in peace activists against war hawks. No matter what the issue, the invisible dialectic aims to control both the conflict and the resolution of differences, and leads everyone involved into a new cycle of conflicts.

We’re definitely not in Kansas anymore.