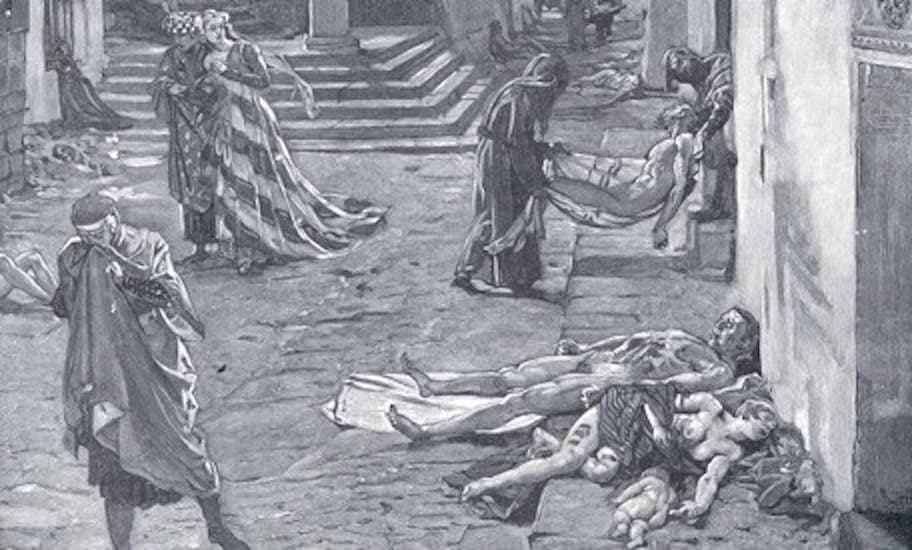 The existence of a conspiratorial “rainbow effect” of small poisons (air, water, food, vaccines…) to weaken the population, while not drawing undue attention to those behind the scenes, is hard to wrap your mind around. But the scheme to control and decrease the human population through cultural and biological means is evident.

To begin with, our culture has been saturated with depopulation ideals. Consider how many would agree to at least two of the following statements.

Since grade school we’ve had the dangers of over-population and fragility of the environment pounded into our heads. Consider how all the progressive ideas that are being spread in the West have one thing in common: limiting human reproduction:

Here is a short list of progressive causes that have percolated from intellectuals and later sponsored or hijacked by billionaire activists and major government institutions of the West. (source)

1. Abortion is a bodily “choice,” not human murder. Result: it decreases population.

3. Female empowerment in the form of feminism and egalitarianism pushes women into corporate work with the goal of delaying motherhood (or eliminating it outright). Result: it decreases reproduction and family formation.

4. Promotion of sterile human relationships in the form of homosexuality and transsexuality can’t possibly result in the creation of life. Result: it decreases population, reproduction, and traditional family formation.

6. The needs of the “environment” must be served before that of living humans. Result: it makes human guilty of family formation.

7. Massive waves of foreign immigrants are encouraged entry into Western nations to break bonds between tribe and neighbor that decrease notions of nationalism and patriotism while transferring fertility and economic resources from native people to foreigers. Result: it decreases relative population of native citizens.

All of the above decreases the reproductive rate, either directly through the killing of life, or indirectly by promoting guilt and alternative lifestyles that are incompatible with the creation of life. At the same time, immigrant populations are allowed to grow at a faster rate that the natives’ ability to reproduce.

Those who rule over us don’t need more Americans or European-derived people to cement their power and wealth within nations they control through government institutions and transnational organizations and corporations. How would it benefit them if a baby boom takes place among those from American conservative states that believe in the first and second amendments? If you were king of the land, and you regularly met with those who helped you rule, would you really want the type of people who are most likely to overthrow you to reproduce up to their biological maximum, or would you want to hurt their reproductive potential while pushing every degenerate cause under the sun in an effort to limit their numbers? (Roosh)

Consider the decreasing population and resulting problems being experienced by Russia and China, even the United States. Why is this important? Because of the inversion of the population pyramid. Dropping total fertility rates (TFR) are creating less young working people to care for the elderly, placing the burden upon the young, etc. This model has been proven to result in economic collapse. 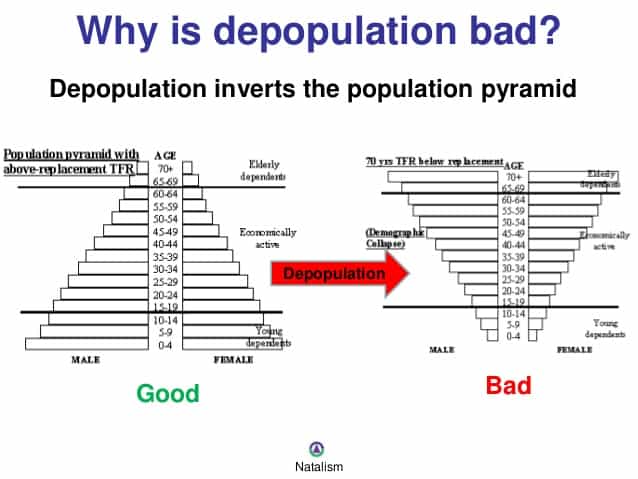 The Roman model of depopulation was implemented shortly after the French Revolution by the  Jacobins, (precursers-to-the-modern Illuminati,) who attempted to reduce the population of France by about nine million as a means of remedying the unemployment level and low standard of living resulting from the revolution they had inspired.

“In 1793.. The revolutionary leaders embarked upon a fearful new project… called depopulation.”

The plot failed to achieve its goals, but about 300,000 people were murdered.

Depopulation is nothing new. It has been used throughout history as a means of sustaining and expanding the wealth of evil elites. It is the battle of good and evil in the world and it is not for the faint of heart. Jesus has conquered the prince of this world and in Him we are more than conquerors, but we have to wake from our comfortable slumber and see things for what they are. (Rom 8:37, 2 Cor 2:11)

Here are a list of globalists crowing their sentiments about an ideal world dictatorship and the need to depopulate. Their ideals are being sold under the more palatable terms of “sustainability” and “environmentalism.”