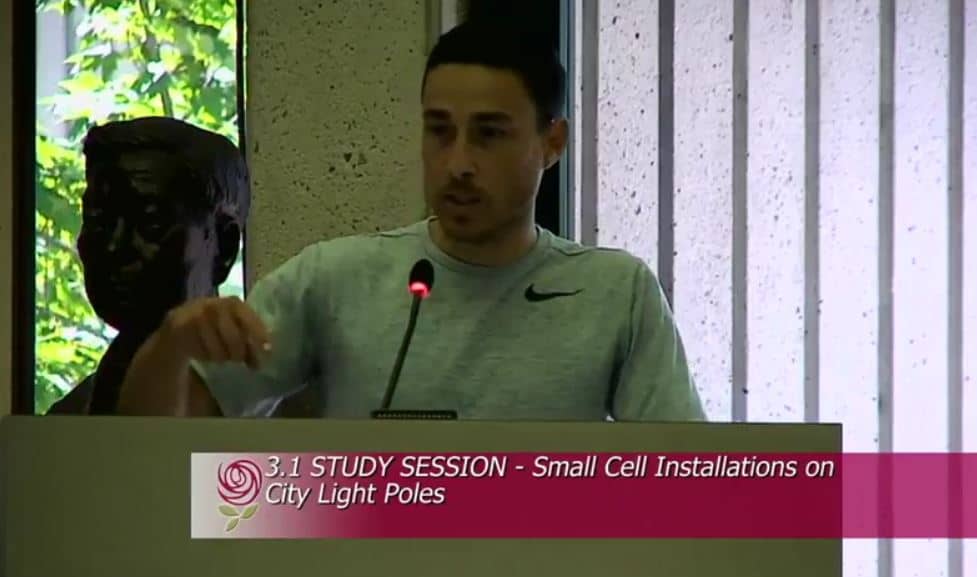 Many people ask “What scientific research has been done on the radiation from small cell wireless facilities? What is the current scientific opinion of the scientists who are studying the issue?”

The video below is testimony by a 36 year old man who developed cancer in his neck after twenty years of cell phone use. He is testifying to halt small cell deployment in California. 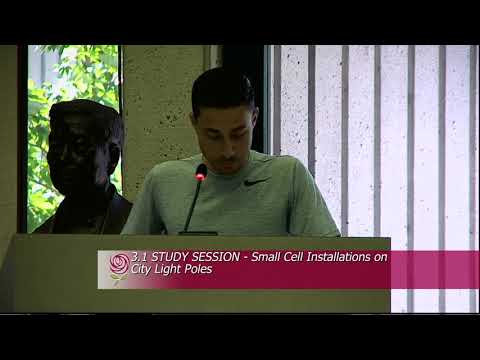 The answer is that the scientists studying the health effects of 5G and wireless radiation are deeply concerned and are calling for a halt to the rollout of 5G and a halt to increasing radiofrequency radiation exposures to the public.

Please see on this page a short list of letters from expert scientists, doctors and public health experts sent to government officials regarding the issue of streamlining small cells in neighborhoods. In these letters scientists share the research supporting their opinion that wireless exposure to the public should be minimized and the deployment of small cell antennas into neighborhoods should be halted.

Many of these letters were written in response to the FCC’s Spectrum Frontiers and state bills such as California’s SB 649 that are streaming small cell deployment. (See a list of these US State Bills.)

If you have a PDF of a letter by a scientists that is missing from this list please send it to info@ehtrust.org

US Factsheet on 5G and Small Cells in Color With Hyperlinks

International Factsheet on 5G and Small Cells in Color With Hyperlinks

International Factsheet on 5G and Small Cells in Black and White

Click Here To Download A PDF Of Over 60 Pages Of Letters On 5G By Scientists And Organizations Such As The Sierra Club, The AARP And Environmental Working Group.

Read a compilation of Doctors letters on cell towers near schools.

See a powerpoint presentation on cell towers and health.

Declaration to European Commission by 180 Scientists Calling For A Moratorium on 5G Cell Antennas, September 13, 2017

Letter from Dr. Martin Pall in Opposition to SB649

Letter from Dr. Cindy Russell in opposition to SB649

Letter from Physicians For Safe Technology in opposition to SB649

Santa Clara Bulletin, pg. 20-23, “A 5G Wireless Future: Will It Give Us a Smart Nation or Contribute to An Unhealthy One?” by Cindy Russell, January 2017

Letter from Dr. Hugh Scully to the City of Toronto

Letter from Dr. Stephen Sinatra to Toronto City Councilors in Opposition to Item 26.21

Joint letter from 541 health, environment and justice advocates and organizations to US Senators and Representatives in opposition to bills on 5G and wireless radiation expansion – 13 November, 2017

LETTERS FROM ORGANIZATIONS AND OTHERS

Letter from the Alliance of Nurses for Health Environments

Letter from the American Association of Retired Persons (AARP), July 19, 2017

Letter from Law Office of Harry Lehmann “Mass casualties are likely in District 10 from passage of 648”, July 6, 2017

Letter from Law Office Of Harry Lehmann to State of California, “Liability for Damage From Microwave Radiation Exposure Sustained by Senate Bill 649 Will Be Shifted to California State”, July 19, 2017

Letter from Law Office of Harry Lehmann, “SB 649 will  disproportionately effect the poor in California”, August 24, 2017

Letter from Susan Foster and Radiation Research Trust in of Opposition of SB649, June 22, 2017

Scientists For Wired Technology, 5/30/17: front and back

Scientists For Wired Technology 5/31/17:front and back

SCIENTIFIC COMMENTS TO THE FCC

Comments by Ronald M. Powell, PhD, to the FCC on Spectrum Frontiers

Comments by The Berkshire-Litchfield Environmental Council to the FCC on Spectrum Frontiers, July 12, 2016

Comments by Dr. Albert Manville to the FCC on Spectrum Frontiers, July 14, 2016

Comments by Dr. Joel Moskowitz to the FCC on Spectrum Frontiers, July 20, 2016

Comments by Dr. Yael Stein to the FCC on Spectrum Frontiers, July 09, 2016

Comments by Dr. Devra Davis to the FCC on Spectrum Frontiers

Comments by Susan Clarke to the FCC on Spectrum Frontiers, July 14, 2016

Comments by EMF Scientist Appeal Advisors to the FCC on Spectrum Frontiers, June 09, 2017