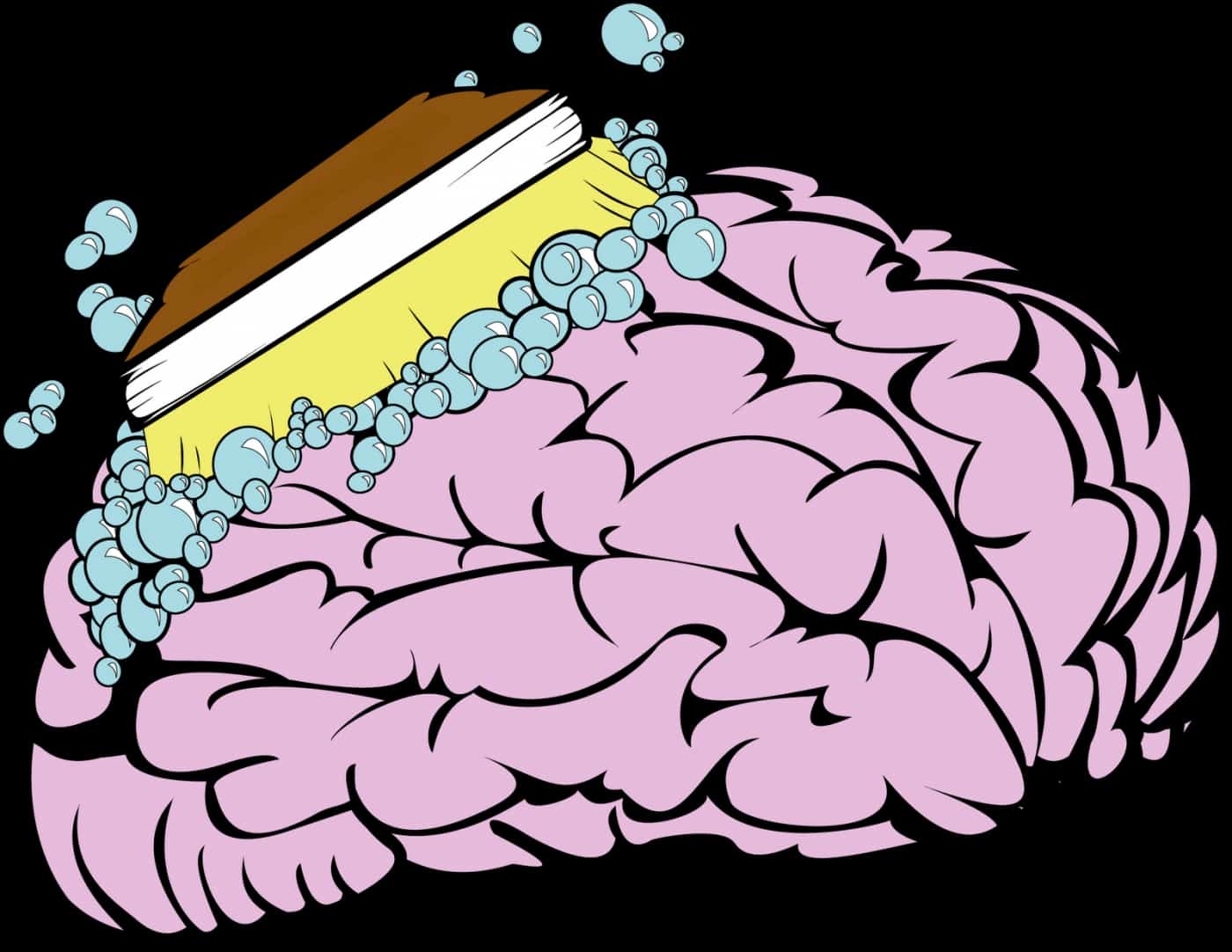 Brilliant , that is how all dictators, fascists, socialists and communists have high jacked entire generations of unsuspecting citizens and have indoctrinated them without even knowing that their brain is being remote controlled. That is what is happening to our children and students in today’s schools every day by design. —Marius Forte – Author of “The Answer” Proof of God in Heaven

In the entire history of man, no one has ever been brainwashed and realized, or believed, that he (or she) had been brainwashed. Inevitably all those who have been brainwashed will usually passionately defend their manipulators, claiming they have “seen the light” …or have been transformed by recently discovered scientific knowledge. The question is how is it possible to brainwash (or induce mental illness in) an entire country? If we look at the former Soviet Union and Communist China to name just 2 examples, we see that it has been done successfully to the masses for hundreds of years.

Conversion is a “gentle” word for brainwashing…and any study of brainwashing has to include a study of the use of the technique by Jonathan Edwards in early America. Apparently, Jonathan Edwards accidentally discovered the techniques during a religious crusade in 1735 in Northampton, Massachusetts. By inducing guilt and acute apprehension, and by increasing emotional tension, “sinners” (today’s equivalent of being persecuted for being politically incorrect) attending his revival meetings would completely break down and submit to their accuser.

Technically, what Edwards was doing was creating conditions that wipe clean the “chalk board of the brain” so that the mind was then susceptible to new programming. The problem was that the new input was negative. He would tell them, “You’re a sinner! You’re destined for hell!” As a result, one person committed suicide and another attempted suicide. And the neighbors of the suicidal converts related that they, too, were affected so deeply that, although they had found “eternal salvation,” they were obsessed with a diabolical temptation to end their own lives.

Once a cult leader (Jim Jones), manipulator or authority figure creates the right mental conditions to wipe the chalk board clean, his unwitting subjects are wide open to any replacement idea. New input, in the form of suggestion, can be substituted for their all previous ideas. “Personality Change” was modeled by Kurt Lewin as a three stage process: Unfreezing the current worldview, changing the worldview, and refreezing the new worldview (Schein, 1961).

Stage 1 – involves reducing our alertness (awareness) and forcing on us various kinds of sensory or information overload, confusion, or distraction. This builds a tremendous psychological and physiological tension that needs to be released (this is roughly analogous to the first step in a stage hypnosis induction, creating confusion or distraction by means of a sudden shock). When longer-term effects are desired, the means of destabilizing people include inducing anxiety and terror.

Stage 2 – involves reducing the tension and anxiety generated in the first stage, and providing something to focus on. This is the step where we enter “trance,” as our welcome relief. The person temporarily becomes weak, with no strong convictions or standards about what is logical, and begins thinking in a magical, wishful way (Holt, 1964). They become unable to distinguish fantasy from reality, dependent upon authority, basically to regress to a childlike state.In some ways, hypnosis is similar to regression to a childlike state. In fact, some psychoanalytic theorists have claimed that hypnosis is a kind of regression. This provides a distinct relief from the psychological stresses imposed in the first stage. By controlling behavior, information, thought, and emotions to some extent, experience both within and outside of hypnosis will begin to be interpreted in a new way, causing a shift to the new belief system (Hassan, 1990). Personality change is made possible by the extension of the “trance” (by imposing more severe stresses), and the use of the “trance” to help create additional changes that will be reinforced by the environment.

Stage 3 – involves reinforcing the new beliefs and new sense of identification with the group/belief. This involves continuing and systematic control of thought, information and emotions. Personality factors which allow some people to be influenced more permanently than others by these kinds of pressures include:

Published by the Center For Consumer Freedom November 1, 1998 – Local school boards and superintendents screen most organizations that try to reach our children, but some sneak their agendas through by flying under the boards’ radar screens – and directly into the classrooms. Take the Center for Science in the Public Interest, which boasts that it will get its message “into classrooms from Bakersfield to Bangor.”

CSPI’s current crusade is its “1% or less” campaign, aimed at getting kids to drink only skim or 1% milk. This from a group with no educational training, no government authority and typically no permission from local boards to be anywhere near the classroom. Their goal? To change your children’s behavior to suit their agendas. Once indoctrinated, they urge kids to become little missionaries who bring the group’s propaganda home.

Human-potential re-education is an ideal environment to observe first-hand what is technically called the “Stockholm Syndrome.” This is a situation in which those who are intimidated, controlled, or made to suffer, begin to love, admire, and even sometimes sexually desire their controllers or captors. But be warned: If you think you can attend such gatherings and not be affected, you are probably wrong. A perfect example is the story of a woman who went to Haiti on a Guggenheim Fellowship to study Haitian Voodoo.

In her report, she related how the music eventually induced uncontrollable bodily movement and an altered state of consciousness. Although she intellectually understood the process and thought herself immune to it, when she began to feel herself become vulnerable to the music, she attempted to fight it and turned away. Anger or resistance almost always assures conversion. A few moments later she was possessed by the music and began dancing in a trance around the Voodoo meeting house. An “altered state” had been induced by the music and excitement, and she awoke feeling reborn.

I believe that at perhaps two thirds of the population is what Eric Hoffer calls “true believers.” They are joiners and followers… people who want to give away their power. They look for answers, meaning, and enlightenment outside themselves. Hoffer, who wrote “The True Believer”, a classic on mass movements, says; “true believers are not intent on bolstering and advancing a cherished self, but are those craving to be rid of unwanted self. They are followers, not because of a desire for self-advancement, but because it can satisfy their passion for self-renunciation!” Hoffer also says that true believers “are eternally incomplete and eternally insecure”!

They are friends, family members, leaders and the wandering “homeless” with catatonic stares. You have run into them time and time again. Some can be awakened, others will sleep through their entire lives because they do not want to live their own lives. But why? Because once converted, the victims previous life is virtually erased, in essence they have no identity but the one installed by their “re-programmers.” For these, all you can do is attempt to show them that the only thing to seek is the true self within. Their personal answers are to be found there and there alone. They must desire to return to the basics of a truly authentic life of spirituality: self-responsibility and self-actualization. Unfortunately, most of the true believers will just tell you that they are not spiritual and go on their merry way looking for someone who will give them the validation, dogma or structure they now need and desire in order to function. Never underestimate the potential danger of these people.

They can easily be molded into fanatics (useful idiots) who will gladly work and die for their cause. Their false loyalty to others is a substitute for their lost faith in themselves and they offer themselves to the “world” to substitute for the loss of their own individual hope and faith. The political left is made up of true believers. All cults are composed of true believers. You’ll find them in politics, churches, businesses, and all sorts social cause groups. Mass Movements will usually have a charismatic leader. Followers will want to convert others to their way of living or impose a new way of life–if necessary, by legislating laws forcing others to accept their social or moral views, as evidenced by the activities of the ACLU. A common hatred, enemy, or perceived evil is essential to the success of a mass movement. Some fanatical religions (Taliban and al Queda) have god himself appointing them to cleanse the world of “unbelievers.” In revolutions, the devil himself is usually the ruling power or aristocracy.

Some human-potential movements are far too clever to ask their graduates to join anything, thus labeling themselves as a cult–but, if you look closely, you’ll find that their devil is anyone and everyone who hasn’t taken their training. The True Believers are mentally unbalanced or insecure people, or those without hope or true friends. People don’t look for allies when they love, but they do when they hate or become obsessed with a cause. And those who desire a new life and a new order feel the old ways must be eliminated before the new order can be built.

The more we find out about how the human mind works through today’s highly advanced technological research, the more power brokers and manipulators learn to control human beings. And what scares me the most is that the medium for takeover is already in place. The television set in your living room and bedroom is doing a lot more than just entertaining you.

Before I continue, let me point out something else about an altered state of consciousness. When you go into an altered state, you transfer into right brain, which results in the internal release of the body’s own opiates: enkephalins and Beta-endorphins, chemically almost identical to opium. In other words, it feels good…and you want to come back for more. Tests by researcher Herbert Krugman showed that, while viewers were watching TV, right-brain activity outnumbered left-brain activity by a ratio of two to one. Put more simply, the viewers were in an altered state…in trance more often than not.