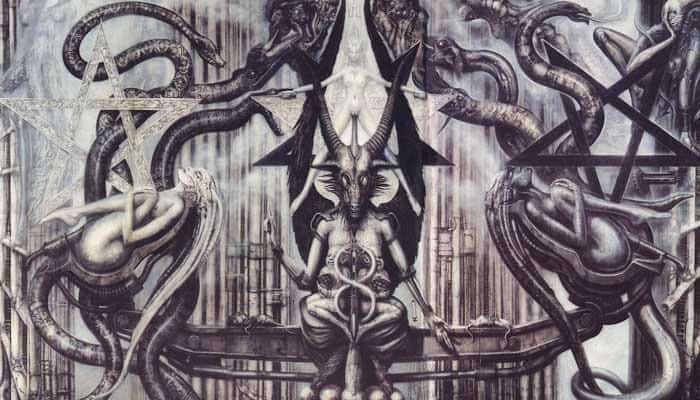 “Electric information environments being utterly ethereal, foster the illusion of the world as spiritual substance. It is now a reasonable facsimile of the mystical body [of Christ], a blatant manifestation of the Anti-Christ. After all, the Prince of this world is a very great electric engineer.” – Marshall McLuhan

Transhumanism may seem like a crackpot fringe movement, but it is the new ideology of the Illuminati.

Transhumanism is expressed as a bizarre aspiration to achieve immortality, according to lunatic ambitions like cryogenics, placing miniature robots in our bloodstream, “augmenting” ourselves as cyborgs, and even uploading our minds to the Internet.

Sound like the prognostications of a mad scientist? However, these new trends are being spearheaded by the likes of Google, and are therefore in the hands of those who have at their disposal the means to exercise extraordinary control over our lives. One of Google’s own heads of engineering, Ray Kurzweil, is the adored modern-day prophet of transhumanism.

The truth is, that a formidable conspiracy has taken place right under our noses for the last 50 years. While all the attention of conspiracy researchers has been focused on JFK, UFOs and 9/11, a plot to create the ultimate surveillance tool has proceeded almost unsuspected. It has been the plan to bring about the All-Seeing Eye of the reverse side of the American dollar bill: the personal computer.

The history of transhumanism is the history of Satanism in our time. It begins with the Cybernetics Group, a CIA front, headed by Norbert Wiener. In God and Golem, Inc., Wiener compares the creation of artificial intelligence with the Kabbalistic legend of the golem, a supposed living being created through magical means.

From the Cybernetics Group also emerged MK-Ultra, the CIA’s “mind-control” program, which was an extension of the Nazis’ experiments on schizophrenics, imported with Operation Paperclip. MK-Ultra promoted the “mind-expanding” quality of psychedelic drugs, based on occult legends that the shamans of ancient times used similar substances, equated with the “apple” of the Tree of Knowledge, to contact the spirit world.

Through MK-Ultra patients among the Beat Poets, like Allen Ginsberg, and agents William S. Burroughs, the CIA produced the Hippie culture of 60s. With “sex, drugs and rock ‘n roll”, they fulfilled the plans of the Frankfurt School to overthrow traditional morality by way of the infamous bands of the Laurel Canyon scene, in league with members of Crowley’s OTO, the Manson Family and the Church of Satan.

Knowing that the creation of the computer would be correctly suspected as a tool of Big Brother, the CIA aligned the Hippie ideals with the emerging computer culture to produce a movement called Cyberpunk, from which transhumanism evolved.

And with Cyberpunk begins the true story of the Illuminati conspiracy in our time. It starts with an avant-garde movement known as Situationism, which evolved from occult and fascist-influenced art movements like Dada, Lettrism and Surrealism. By aligning with the French postmodernist philosophers, and teaming up with William S. Burroughs, Andy Warhol and the New York Underground, they produced the Punk movement of the late 1970s.

The Punk movement was closely connected with the emerging chaos magic scene, derived from Crowley’s student, Austin Osman Spare. It was heavily influenced by the parody religion of Discordianism, founded by a good friend of Lee Harvey Oswald, Kerry Thornley, whom Jim Garrison suspected as serving as Oswald’s double. Discordianism’s leading exponent was Robert Anton Wilson, author of The Illuminatus! Trilogy, and a key figure in the cult of neopaganism and neoshamanism, along with Terence McKenna.

Together with MK-Ultra agent Timothy Leary, who went from evangelist of LSD to evangelist for the personal computer, they become the father figures of the Cyberpunk movement. It’s leading publication was the technopagan Mondo 2000, founded by R.U. Sirius, who went on to become a major figure in the transhumanist movement.

Transhumanist themes have been reflected for decades in movies such as 2001: A Space Odyssey, Blade Runner, the Terminator series, The Matrix, and Transcendence, but is best encapsulated in the recent movie Lucy, starring Scarlett Johansson, who takes a “smart drug” to achieve ever increasing intelligence, until she merges her mind with the Internet, to become a god.

This idea is rooted in an age-old occult belief first developed in the sixteenth century by Isaac Luria, father of the New Kabbalah, and the godfather of Rosicrucianism. Luria’s idea, which proposed that man was evolving through time to become God, served as the basis for the Theory of Evolution, promoted by Thomas Huxley’ X Club. Huxley’s grandsons were Aldous Huxley, the visionary behind MK-Ultra, and eugenicist Julian Huxley, a founder of UNESCO.

Julian also wrote the introduction to The Phenomenon of Man by Jesuit priest Pierre Teilhard de Chardin (1881 –1955), known as the Catholic Darwin. Identified as the leading influence of the New Age movement, Teilhard is also regarded as the “Patron Saint of the Internet.” Teilhard influenced Marshall McLuhan, Arthur C. Clarke, Philip K. Dick and Terence McKenna with his theory of a “Noosphere,” which would represent humanity’s development of a collective consciousness.

Today referred as the “Global Mind,” it underlines the plans of Google and the transhumanists in creating artificial intelligence. By merging with the Internet, which will represent the accumulation of the totality of human knowledge, and be able to peer into every aspect of our lives, it will achieve omniscience.

This, the transhumanists believe, will serve as a new god, to unite the world in a communal purpose, and usher in the New Age, or what Kurzweil refers to as The Singularity. To understand the Luciferian significance of these ambitions, McLuhan himself explained:

“Electric information environments being utterly ethereal, foster the illusion of the world as spiritual substance. It is now a reasonable facsimile of the mystical body [of Christ], a blatant manifestation of the Anti-Christ. After all, the Prince of this world is a very great electric engineer.”