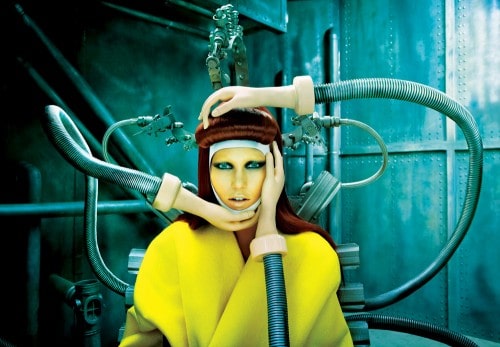 The CIA mind-control program is medically based. It employs doctors and psychiatrists and researchers. This isn’t just some small group of fringe whackos who have an idea about altering human behavior.

CIA contractors in the private sector resonate with the goals of the program, because they are already trying, in their own way, to change human reaction and thought.

They don’t need a nudge. MKULTRA isn’t foreign territory for them.

In fact, the entire field of psychiatry is about mind control: the diagnosis of arbitrarily labeled mental disorders; the application of toxic drugs to alter brain response, modulate neurotransmitters, and affect hormonal outputs; and the propagandizing of the population to accept the notion that everyone will experience a mental disorder in his/her lifetime.

Biological/chemical psychiatry is, in its current form, a stunning version of MKULTRA right out in the open, with the blessing and backing of national governments, court systems, prisons, mainstream media, and academia.

Here is a bit of US history that illustrates the reach of the CIA’s infamous mind-control program, MKULTRA.

Some would say the 1940s and 50s were the most vibrant and innovative period in the history of jazz.

During those years, it was common knowledge that musicians who were busted for drug use were shipped, or volunteered to go, to Lexington, Kentucky. Lex was the first Narcotics Farm and US Health Dept. drug treatment hospital in the US.

It was supposed to be a rehab center. A place for drying out.

But it was something else too. Lex was used by the CIA as one of its MKULTRA centers for experimentation on inmates.

The doctor in charge of this mind control program was Harris Isbell. Ironically, Isbell was, at the same time, a member of the FDA’s Advisory Committee on the Abuse of Depressant and Stimulant Drugs.

Isbell gave LSD and other psychedelics to inmates at Lex.

At Sandoz labs in Switzerland, Dr. Albert Hofmann, the discoverer of LSD, also synthesized psilocybin from magic mushrooms. The CIA got some of this new synthetic from Hofmann and gave it to Isbell so he could try it out on inmates at Lex.

MKULTRA was a CIA program whose goal was to control minds…in part through the use of drugs.

Isbell worked at Lex from the 1940s through 1963. It is reported that in one experiment, Isbell gave LSD to 7 inmates for 77 consecutive days. At 4 times the normal dosage. That is a chemical hammer of incredible proportions.

To induce inmates to join this drug experiment, they were offered the drug of their choice, which in many cases was heroin. So at a facility dedicated to drying out and rehabbing addicts, addicts were subjected to MKULTRA experiments and THEN a re-establishment of their former habit.

Apparently as many as 800 different drugs were sent to Isbell by the CIA or CIA allies to use on patients at Lex. Two of the allies? The US Navy and the US National Institute of Mental Health—further proof that MKULTRA extended beyond the CIA.

In another MKULTRA experiment at Lex, nine men were strapped down on tables. They were injected with psilocybin. Lights were beamed at their eyes–a typical mind control component.

During Isbell’s tenure, no one knows how many separate experiments he ran on the inmates. No one knows what other mind-control programming he attempted to insert along with the drugs.

As I say, Lex was the main stop for drying out for NY jazz musicians. How many of them were taken into these MKULTRA programs?

As Martin Lee explains in his book, Acid Dreams, “It became an open secret…that if the [heroin] supply got tight [on the street], you could always commit yourself to Lexington, where heroin and morphine were doled out as payment if you volunteered for Isbell’s whacky drug experiments. (Small wonder Lexington had a return rate of 90%.)”

“Gottlieb also funded the experiments of Dr. Harris Isbell. Isbell ran the Center for Addiction Research in Lexington, Kentucky. Passing through Isbell’s center was a captive group of human guinea pigs in the form of a steady stream of black heroin addicts. More than 800 different chemical compounds were shipped from Gottlieb to Lexington for testing on Isbell’s patients.

“Perhaps the most infamous experiment came when Isbell gave LSD to seven black men for seventy-seven straight days. Isbell’s research notes indicates that he gave the men ‘quadruple’ the ‘normal’ dosages. The doctor marveled at the men’s apparent tolerance to these remarkable amounts of LSD. Isbell wrote in his notes that ‘this type of behavior is to be expected in patients of this type.’

“In other Gottlieb-funded experiment at the Center, Isbell had nine black males strapped to tables, injected them with psylocybin, inserted rectal thermometers, had lights shown in their eyes to measure pupil dilation and had their joints whacked to test neural reactions.”

If you think these experiments were so extreme they bear no resemblance to modern psychiatry, think again. Thorazine, the first so-called anti-psychotic drug, was researched on the basis of its ability to make humans profoundly quiescent and passive. Electroshock and lobotomy are straight-out torture techniques that also destroy parts of the brain. SSRI antidepressants increase violent behavior, including homicide. Among its many documented effects, Ritalin can induce hallucinations and paranoia.

Well, all these effects are part and parcel of the original (and ongoing) MKULTRA.