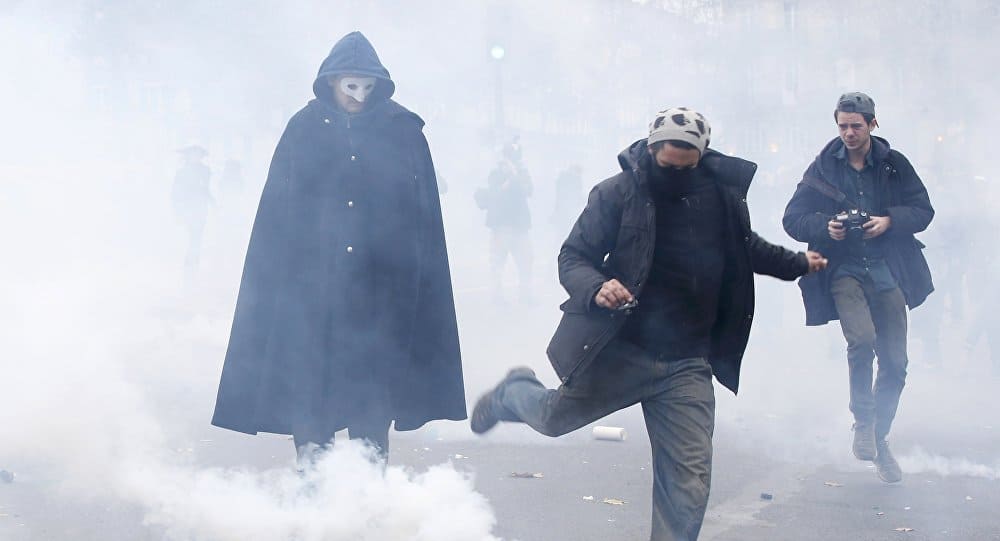 Paris police prefect Michel Cadot announced on Sunday that a hundred of activists taking part in the banned climate change rally were arrested after clashes with law enforcement officers on the eve of the Paris Climate Summit.

Earlier in the day, French police have used tear gas at a climate change rally in Paris on Sunday, which had earlier been disallowed by the authorities over security concerns after the November 13 deadly attacks that had left 130 people dead. 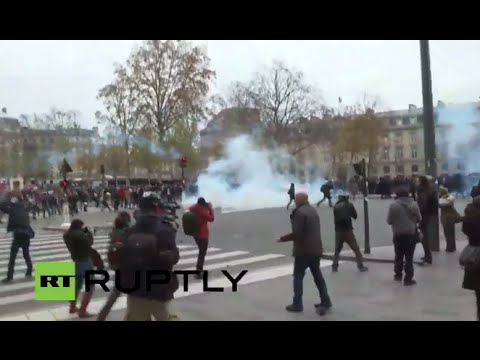 The participants of the rally clashed with the police that responded with tear gas and tried to crack down on the demonstration.

Clashes reportedly broke out around 4 p.m. local time (15:00GMT). The police prefect added that no one was hurt in the clashes and urged the media not to dramatize the security situation in the French capital, according to Le Figaro newspaper.

Paris will host the 21st UN Climate Change Conference from November 30 to December 11. The conference aims to reach a legally binding agreement on climate change.

Earlier in the day, local media reported that people were leaving thousands of pairs of shoes at the location to draw attention to the climate issues.

People also removed advertisement posters around Paris, replacing them with some 600 messages denouncing the “lies” of the big business sponsors of the UN climate talks.

Hundreds of thousands of people from 150 countries around the world are staging climate change rallies Sunday.