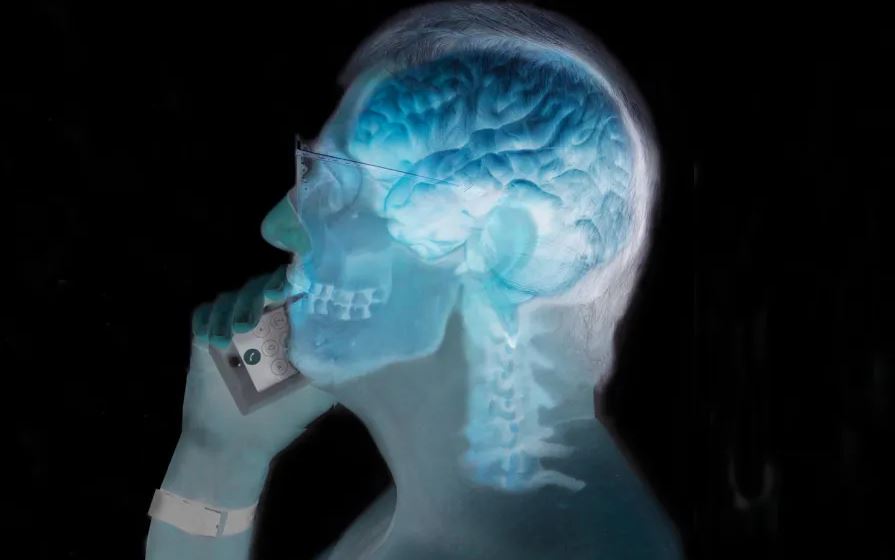 “It is very important to remember what is perhaps the most astonishing fact I came across in our investigation. Cell phones were allowed onto the US consumer market in the 1980’s without any pre marketing safety testing by the government. That’s part of the reason we’re in this problem now with cell phones. And that is exactly what is about to happen now with 5G technology. We are about to roll out 5G technology all across the country without doing safety testing of it. And this is something that we quote a petition signed by hundreds of scientists around the world who’ve published over 200 peer reviewed journal articles… [T]hey are warning that the anticipated shift to 5G will quote-unquote “massively increase the amount of radiation the general population gets.” Not just people using cell phones, because with 5G the type of radio waves used are different than the current ones and therefor, in order for 5G to work and to give this kind of coverage, where your smart phone and your smart house and your smart vehicle will all be talking to each other… and even your wet baby’s diaper will send a message to mom in the next room that diapers need changing… for all that to work, there’s going to have to be these mini cell transmitters about the size of a pizza box that will be installed every 250 feet on city streets, on suburban neighborhoods in order for there to be the complete coverage that the 5G model requires. And that, I think, is really something that we really need to stop and think about before we do. The result, according to one of the scientists quoted in our story, Joe Maskowitz of the University of California Berkeley says,

Let’s think about that before we go down that road.”

By Mark Hertsgaard and Mark Dowie

Things didn’t end well between George Carlo and Tom Wheeler; the last time the two met face-to-face, Wheeler had security guards escort Carlo off the premises. As president of the Cellular Telecommunications and Internet Association (CTIA), Wheeler was the wireless industry’s point man in Washington. Carlo was the scientist handpicked by Wheeler to defuse a public-relations crisis that threatened to strangle his infant industry in its crib. This was back in 1993, when there were only six cell-phone subscriptions for every 100 adults in the United States. But industry executives were looking forward to a booming future.

Listen to Mark Hertsgaard on the Start Making Sense podcast.

Remarkably, cell phones had been allowed onto the US consumer market a decade earlier without any government safety testing. Now, some customers and industry workers were being diagnosed with cancer. In January 1993, David Reynard sued the NEC America Company, claiming that his wife’s NEC phone caused her lethal brain tumor. After Reynard appeared on national TV, the story went viral. A congressional subcommittee announced an investigation; investors began dumping their cell-phone stocks; and Wheeler and the CTIA swung into action.

A week later, Wheeler announced that his industry would pay for a comprehensive research program. Cell phones were already safe, Wheeler told reporters; the new research would simply “re-validate the findings of the existing studies.”

George Carlo seemed like a good bet to fulfill Wheeler’s mission. He was an epidemiologist who also had a law degree, and he’d conducted studies for other controversial industries. After a study funded by Dow Corning, Carlo had declared that breast implants posed only minimal health risks. With chemical-industry funding, he had concluded that low levels of dioxin, the chemical behind the Agent Orange scandal, were not dangerous. In 1995, Carlo began directing the industry-financed Wireless Technology Research project (WTR), whose eventual budget of $28.5 million made it the best-funded investigation of cell-phone safety to date.

Outside critics soon came to suspect that Carlo would be the front man for an industry whitewash. They cited his dispute with Henry Lai, a professor of biochemistry at the University of Washington, over a study that Lai had conducted examining whether cell-phone radiation could damage DNA. In 1999, Carlo and the WTR’s general counsel sent a letter to the university’s president urging that Lai be fired for his alleged violation of research protocols. Lai accused the WTR of tampering with his experiment’s results. Both Carlo and Lai deny the other’s accusations.

Critics also attacked what they regarded as the slow pace of WTR research. The WTR was merely “a confidence game” designed to placate the public but stall real research, according to Louis Slesin, editor of the trade publication Microwave News. “By dangling a huge amount of money in front of the cash-starved [scientific] community,” Slesin argued, “Carlo guaranteed silent obedience. Anyone who dared complain risked being cut off from his millions.” Carlo denies the allegation. Continue Reading…