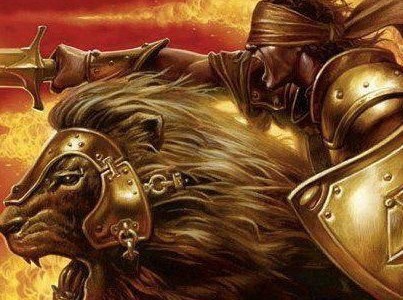 As you may have noticed, Christian Observer.net has been down for a couple of weeks. The site fell victim to a severe attack by ‘bots.’ I was assured by my hosting company that attacks happen to any and every website, but as a web designer, I host over 15 websites at any given time and none of the other sites have ever been hit. Regardless of the reason for the targeting, after much prayer, painstaking work and a decent chunk of change, the site is back up and functional! Praise God!

I want to share very personally how God, in His mercy, answered prayer through what was a very small event in the scheme of things. I hope it will bring encouragement.

When the site was hit and it became apparent that a lot of damage had been done I was pretty upset. After all, I’ve posted over 3000 articles. Losing the site meant losing eight years worth of work. And as to be expected, the attack on the site was only one of many things I was dealing with at the time… . Isn’t that just like the enemy?

Knowing what’s going on in the world amidst an ocean of deception both outside and inside the church can be a heavy burden. We rejoice when God chooses to open the eyes of some, but others seemingly just don’t want to see. It can be frustrating. Well, I was discouraged. More than once over the past two weeks I considered just shutting the site down as day after day went by with no solution in sight. I felt like I’d been beaten. I thought, maybe evil has become so strong in the world that it’s time to retreat and quietly pray. I prayed for direction. And as He is in the habit of doing, God worked in His beautiful way and gently brought me around to the right perspective on the whole thing through a friend and my love for my dogs.

Earlier that day, while talking to a friend about the attack on my website, she’d asked me chidingly, “Have you counted it all joy?” I had to admit that I hadn’t, and I pondered that throughout the day.

I have two chow chow dogs who I adore. My older dog, Zion, has heart disease and cancer. He is a very sick pup. Well, a few nights ago my other dog, Aria came upstairs to get me because Zion was uncomfortable and distressed. I grabbed blanket and pillow and settled in on the couch by him for the night. I opened my Bible to pass the time. As I read Jesus’ words, tears filled my eyes. The scripture came to life like it will do sometimes more than others. Here is the passage I was reading:

42 Jesus said unto them, If God were your Father, ye would love me: for I proceeded forth and came from God; neither came I of myself, but he sent me.
43 Why do ye not understand my speech? even because ye cannot hear my word.
44 Ye are of your father the devil, and the lusts of your father ye will do. He was a murderer from the beginning, and abode not in the truth, because there is no truth in him. When he speaketh a lie, he speaketh of his own: for he is a liar, and the father of it.
45 And because I tell you the truth, ye believe me not.
46 Which of you convinceth me of sin? And if I say the truth, why do ye not believe me?
47 He that is of God heareth God’s words: ye therefore hear them not, because ye are not of God.
48 Then answered the Jews, and said unto him, Say we not well that thou art a Samaritan, and hast a devil?
49 Jesus answered, I have not a devil; but I honour my Father, and ye do dishonour me.
50 And I seek not mine own glory: there is one that seeketh and judgeth.
51 Verily, verily, I say unto you, If a man keep my saying, he shall never see death.
52 Then said the Jews unto him, Now we know that thou hast a devil. Abraham is dead, and the prophets; and thou sayest, If a man keep my saying, he shall never taste of death.
53 Art thou greater than our father Abraham, which is dead? and the prophets are dead: whom makest thou thyself?
54 Jesus answered, If I honour myself, my honour is nothing: it is my Father that honoureth me; of whom ye say, that he is your God:
55 Yet ye have not known him; but I know him: and if I should say, I know him not, I shall be a liar like unto you: but I know him, and keep his saying.
56 Your father Abraham rejoiced to see my day: and he saw it, and was glad.
57 Then said the Jews unto him, Thou art not yet fifty years old, and hast thou seen Abraham?
58 Jesus said unto them, Verily, verily, I say unto you, Before Abraham was, I am.
59 Then took they up stones to cast at him: but Jesus hid himself, and went out of the temple, going through the midst of them, and so passed by. (Jn 8: 42-59)

I thought to myself, how can any believer fall for the Hebrew Roots Heresy, or Zionism or any of this other WORKS-OF-MAN based DECEPTION if they just sit down and read God’s Word? Oh Lord! You are beautiful!

Now, the scripture I had been reading did not have anything to do with what I was dealing with, but, sitting there with my Bible and my dog reflecting on who God is, it all became clear. Who was my battle with? The hackers? My poor dog’s illness? The other struggles in my life? No, my battle was in the heavenlies against the enemy of God; the devil himself, and I am so greatly HONORED to serve the King of Kings who has conquered him in all these things! Was it tragic that my website was attacked? No! It was allowed by my Father who is well able to restore it if that was His will! Instead of whining and complaining I should be counting it all joy!!

2 Count it all joy, my brothers,[a] when you meet trials of various kinds, 3 for you know that the testing of your faith produces steadfastness. 4 And let steadfastness have its full effect, that you may be perfect and complete, lacking in nothing. (James 1:2-4)

So instead, I prayed for the hackers who set the bots into motion to attack my website. I prayed for those in my life who the enemy was using to burden and wear me down. I praised God for the nights I am able to stay up with my dog, that he finds comfort in my presence, and for how God meets me in those quiet hours. I praises God that it is me who will grieve him when his final day comes and not the other way around! I praised God who is ALWAYS VICTORIOUS, and that in Him I am more than a conqueror in all things!

I decided if the site could not be repaired, I will praise Him, because He has something else for me to do! If the site was fully restored, then I would praise Him because He wants the work to continue! Either way, I praise Him! I lifted christianobserver.net up to my Father. This work is HIS, not mine. Have your way Lord!

God often sends us encouragement and if we’re not careful, we miss it. My husband and I had received great encouragement recently and I realized I should be focusing on it instead of the trials! Our landlord had told us he wants us to buy the house we have rented for 10 years. He shared that he has an attractive investment he wants to take part in. As it happens, we are currently unable to buy the house. Faced with the possibility of having to leave what has been our home for 10 years and find a new place to live, we put it before God. There was nothing we could do but accept the possibility that maybe God was moving us. A few days later we received a contract from our landlord for another two year lease. Nothing more was said about selling the house… Just like that! And just like that, once again we knew who holds today and tomorrow. Jesus words came to mind: “are you still so dull?”

The next morning, the site was up again. The developer I’d hired had succeeded in repairing it.

Friends, the Lord our God IS GOD!! HE IS GOD!! And what He sets to accomplish WILL be accomplished!! If we lose the freedom of the internet tomorrow, GOD IS STILL GOD and He will make a way to reveal the truth according to His purpose and plan! We should never lose heart! We should NEVER FEAR! Our Lord has TRIUMPHED over principalities and powers having made a DISPLAY OF THEM OPENLY in the heavenlies! (Col 2:15) As we walk in Christ and all that is good, staying innocent of evil, God will LITERALLY CRUSH (has crushed) SATAN UNDER OUR FEET! (Rom 16:19-20)