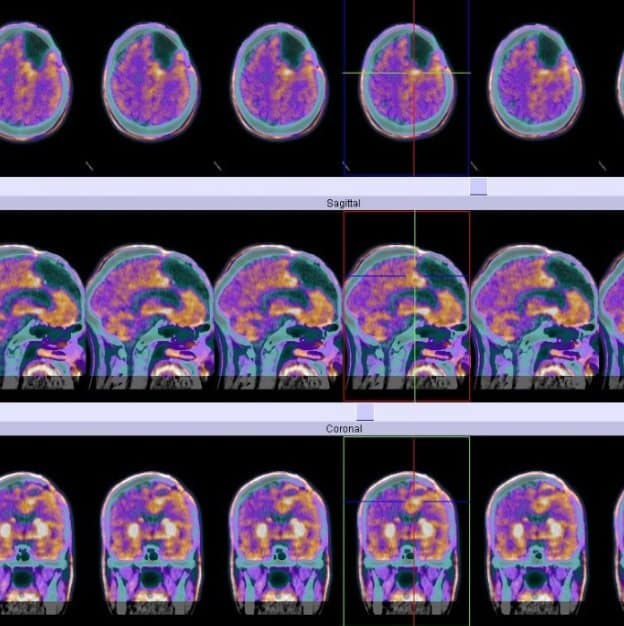 A young woman I’d been praying for died yesterday, leaving behind a husband and 3 small children. Her death was caused by a glioblastoma; a cancerous brain tumor.

One of my neighbors, a 53 year old woman, died of the same type of brain cancer just over a year ago.

As I recently wrote, glioblastomas have conclusively been linked to cell phone radiation. That same technology used by smart meters, only smart meters are worse, transmitting constant PULSES of non-ionized microwave radiation 24 hours a day at much higher levels. 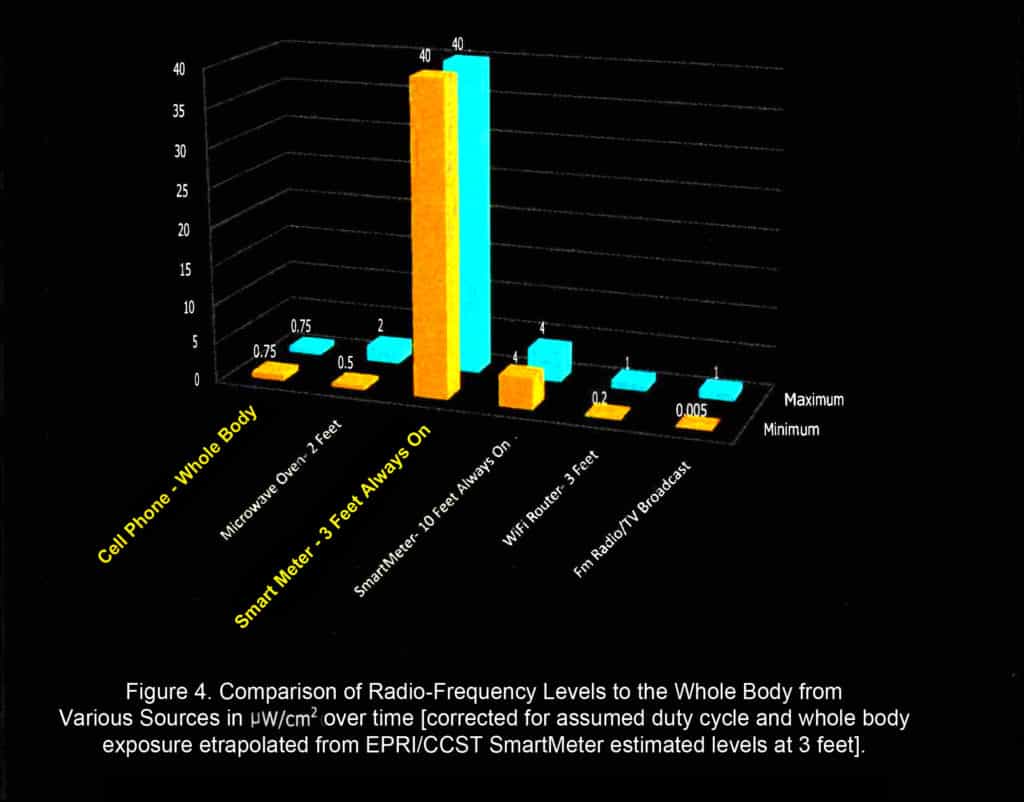 When I called Congresswoman Diane Black’s office asking for help to get the smart meter taken off my home, I was told that I needed “to understand their need to protect the utility’s right to make a profit.”

Although I was promised that she was looking into the matter, I never received a call back.

Regardless whether they’re Republicans or Democrats, our “representatives,” are protecting the rights of murderers instead of citizens.

For those battling the smart meter roll out in their own communities; among the most important pieces of information you should be armed with are:

More information can be found at: GetSmartNashville.

Posting the following article is not an endorsement of all content on the Dave Hodges Common Sense Show. But this does contain facts that everyone should know. Keep in mind that the stated intent of the UN is only that, their intent. It’s God who determines the outcome.

“For the weapons of our warfare are not carnal, but mighty through God to the pulling down of strong holds;” 2 Cor 10:4.

From Tumors to Tyranny. 5G technology is beneficial but not when it involves the vulnerable brain and that is what the social planners are moving towards. Brain cancer rates are going to skyrocket. Here is the story.

Sometimes we seem to live in a universe of sychronicity. On the very day, when I interviewed Virginia Farver, on The Common Sense Show, Natural News published a report about a large Italian study which conclusively proves the line between cell towers and cell phone usage and brain cancer. Before I report on the stunning revelations made by Virginia Farver, let’s explore the revelations of this landmark Italian study as reported on Natural News:

The world’s biggest animal study of cell tower radiation, which was carried out by the Ramazzini Institute in Italy, has revealed the dangers of exposure to environmental levels of cell tower radiation. In the study, researchers exposed 2,448 rats to 1.8 GHz GSM radiofrequency radiation in amounts that mimicked those that cell tower antennas give off for 19 hours a day. They found that the female rats had a higher chance of developing malignant brain tumors, while all rats had a higher chance of precancerous conditions and Schwann cell hyperplasia.

This study went the extra mile, allowing the rats to live until their natural death. Four fifths of human cancers occur after people have turned 60, so following the animals over an extended period enabled them to catch late-developing tumors.

The researchers say that their findings are enough to call on the International Agency for Research on Cancer to take another look at the carcinogenicity of radiofrequency radiation on humans.

For decades, the corporate-influenced media has characterized any links between cell towers and cancer as being a “conspiracy theory.”

Until  I met activist Virginia Farver, I thought the dangers of  cell phone use was an accidental overreach motivated by corporate profits. I no longer think that. This is deadly and deliberate.

Farver became involved in this field after her son died from cell phone use, and yes one of the doctors treating Farvers’ son made that very diagnosis. Farver learned that where her son was attending graduate school on the campus San Diego State University, the univerity had an unusual spike in a cancer cluster located on the campus after the university had entered into a devil’s deal by installing  the brain cancer causing First Net. First Net, as its called is predicated on the implementation of 5G. Farver’ attempts to bring this to the attention of the main stream media has largely fallen on deaf ears.

FirstNet and AT&T released a plan for the proposed deployment of the nationwide public-safety broadband network (NPSBN) in all states, triggering multiple timelines associated with governors’ decisions whether to accept the plan or pursue the “opt-out” alternative, which requires the state to build the LTE radio access network (RAN) within its borders.

Virginia Farver was able to attract the attention of the Colorado State Attorney General, Cynthia Coffman and actually had a face-to-face meetingwith the AG. Amazingly, the person charged with the responsibility of protecting Colorado’s citizens from life-threatening overreach by the corporations, was asleep at the wheel as she told Farver that she had no idea what 5G and First Net were all about. This stunning ignorance, which should have constituted a malfeasance of duty allegation, took a dramatic turn for the worse. The gross ignorance of this public official turned into complicity as Coffman is now an advocate for this system and the safety of the citizens be damned. 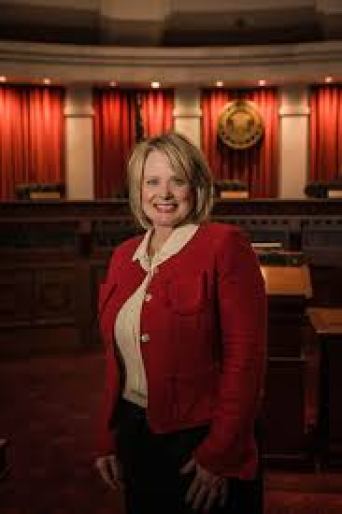 Meet the public official, Cynthia Coffman,  who would bring you and your children life-threatening 5G and First Net. Your tax dollars at work.

Telecom executives such as the Qualcomm family can longer claim ignorant bliss and neither can Verizon and AT&T with regard to the deadly health effects.

The tech website Axios reported that it had obtained documents revealing that national security officials has convinced the Trump administration about building and operating a national 5G wireless network. This will include building cellphone towers every 1,000 feet. We will be bathed in radiation and combined with the now omnipresent smart meters, there is nowhere to run and nowhere to hide.

According to sources close to the Qualcomm family, their house is sheathed in radiation protective material to ward off the effects of 5G. Are you protected in the same manner?

John Stolz is a major player in this endeavor. I want to introduce you to his background, and you will begin to see why I appear to be so paranoid with regard to the UN’s bad intentions for the United States. There are two aspects of Stolz’ that needs to be exposed. First is his corporate biography which now has been expunged from the Internet, but Virginia Farver saved it and shared it with me. And second, Stolz wrote a piece for the United Nations that constitutes a smoking gun that the UN is ultimately behind 5G and all the bad things that come with it.

As the reader will see, Stolz is a major player in the new First Net and the accompanying deadly 5G network. However, the following makes is clear the UN is behind this lethal threat.

Mr. Stolz earned his Associates in Applied Science in General Engineering Technology from Oklahoma State University.  He also has specialized training from the US Army, National Security Agency (NSA), and the Federal Bureau of Investigation (FBI).  He is also certified Emergency Number Professional (ENP) by the National Emergency Number Association (NENA).

Mr. Stolz is a member of the Association of Public Safety Communications Officials (APCO) International and the National Emergency Number Association.  He is currently the Corporate Committee Advisory Member (CCAM) for hte Oklahoma Chapter of APCO International.

You have just met the command and control of the new and deadly 5G Network. Combine this with the document that Virginia Farver sent to me which is authored by John Stoltz, implicates the UN and spells out a dark future for the United States.

United Nations Directive 001, The Start of The New World Order,

“In accordance with the approval of the majority of United Nations members, the following directive is in effect upon receipt, and will be implemented immediately with the exception of those subjects or items, that will obviously require additional time to change and/or implement. All United Nations States will forthwith be known by there new name and corresponding number. For instance, the former nation of Canada will now be known as America Area 0001, The former United States of America with now besimply known as America Area 0002. The former Central America, to include the former nation of Mexico, will now be known as America Central Area 0003, and the remainder of the former nations of South America will collectively be know as America Area 0004.
The former nations in Europe will collectively and henceforth are to be known as Europe 0010, with a new map to delineate boundaries between Europe 0010 and Asia 0020. All new names for former nations within the various world continents, are listed in the addendum to this directive, along with new maps, in order to establish boundaries and locations of main United Nations Control Centers (UNCCs), which will administer all future government, administrative, military and policing responsibilities. As of 17 March, 2025 the former United States of American has turned over their military and police forces to United Nations for control and responsibility, and they will be disbanded or integrated into our Global United Nations forces, as soon as possible.
The former United States of America, being the last nation to cede authority over to the United Nations Security Council, has created untold problems and delays for our United Nations plans, and will soon feel the brunt of rapid and decisive changes to meet our scheduled goals, of a unified and One- World- Government.
The entire Executive Branch of the former United States Government is hereby dismissed, as our selected United Nations Leaders will assume those duties, with an approved administrative council, to assume those duties. The Judicial Branch is likewise dismissed immediately, as United Nations Judges have been selected and are waiting to assume that task. However, the Legislative Branch will remain at their posts, until they are incrementally relieved of duties by United Nations Representatives, not yet selected or in place to discharge those responsibilities.
Questions regarding this directive or further concerns should be held in abeyance until United Nations Representatives for your respective locations, have arrived to resolve pending issues and questions. For the immediate moment, you may continue your life asyou have in the past. However, the instructions below are not to be questioned or disputed. You will all have sufficient time to understand and follow these and futuredirectives, orders, and regulations as they are formulated and issued. Please do not panic,and you will find our new world transforming into one of a society of planetary excellence.”
For those of you who are familiar with Deagel, you must be shaking at the correspondance of the referenced date in the Stolz UN document.

If one believes that the telecoms don’t fully appreciate the deadly assault there are perpetrating upon America, consider the following:
Last week, Goldman Sachs came out and said they would not be investing in the “cure for cancer”. They said there was no money in it. Rather, they are investing in the treatment of symptoms.
Here is a short synopsis of this declaration:

As disturbing as this report has been, I have only scratched the surface. I strongly recommend that you listen to Virginia Farver’s interview on The Common Sense Show.